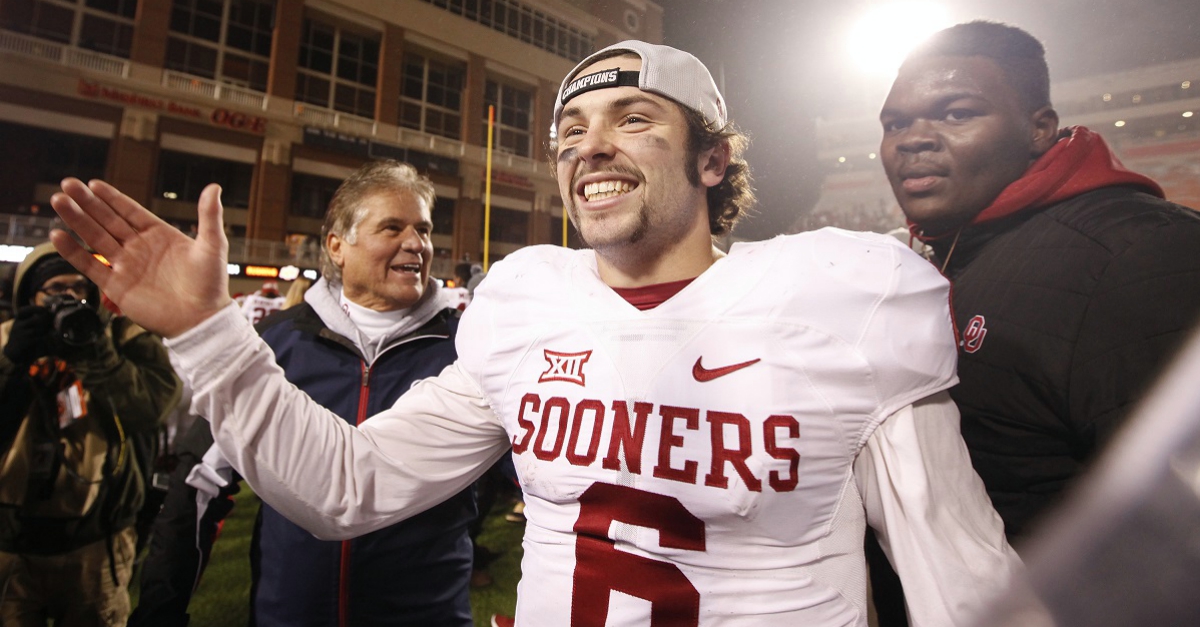 After it initially looked like the Big 12 was going to avoid passing the “Baker Mayfield rule”, the conference reversed course today and passed the rule by a vote of 7-3.

The Baker Mayfield policy now adopted. Oklahoma QB will have two years of eligibility left with Sooners. 7-3 vote by B12 faculty reps.

The rule will allow walk-on players to transfer within conference without having to forfeit a year of eligibility. The rule benefits the titular Mayfield — the Oklahoma starting quarterback and 2016 Heisman candidate — from where he originally transferred as a walk-on from Texas Tech to Oklahoma. Mayfield will now be eligible to play for the Sooners in 2017 should he choose to do so.

And y'all thought you were getting rid of me….

Overall, this rule change is a benefit to college football players. If players are not on scholarship at one school, why should they be penalized by transferring to a school that may offer them a scholarship?

Heck, even the player’s current school will have the chance to offer that player a scholarship to prevent him from leaving. If the player chooses to leave after that, then they will lose a year of eligibility.