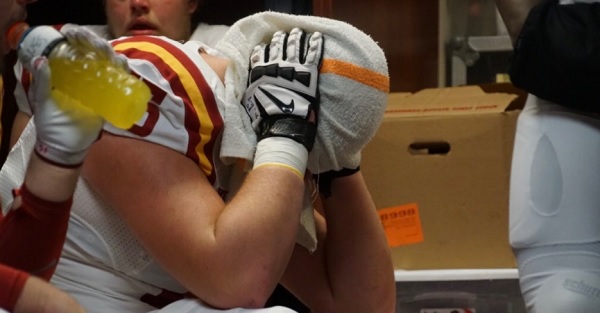 According to the Ames Tribune, Iowa State offensive lineman Sean Foster was arrested on Saturday night on charges of “interference with official acts” and ?minors prohibited on certain premises”.

The Tribune notes that Foster has already been released from jail.

Foster, a massive 6-foot-8 and 300 pound lineman, was the highest-rated prospect of Iowa State’s 2016 recruiting class. Rated a four-star by Rivals, Foster was previously committed to Minnesota before eventually making the flip to join Iowa State.

According to the Tribune, Foster played in 10 games for Iowa State in the 2017 season, starting six of them. Iowa State had their best season in well over a decade in 2017, going 8-5 on their way to a win in the Liberty Bowl. It was Iowa State’s first bowl win since 2009 and their first eight win season since they won nine games in the 2000 season.