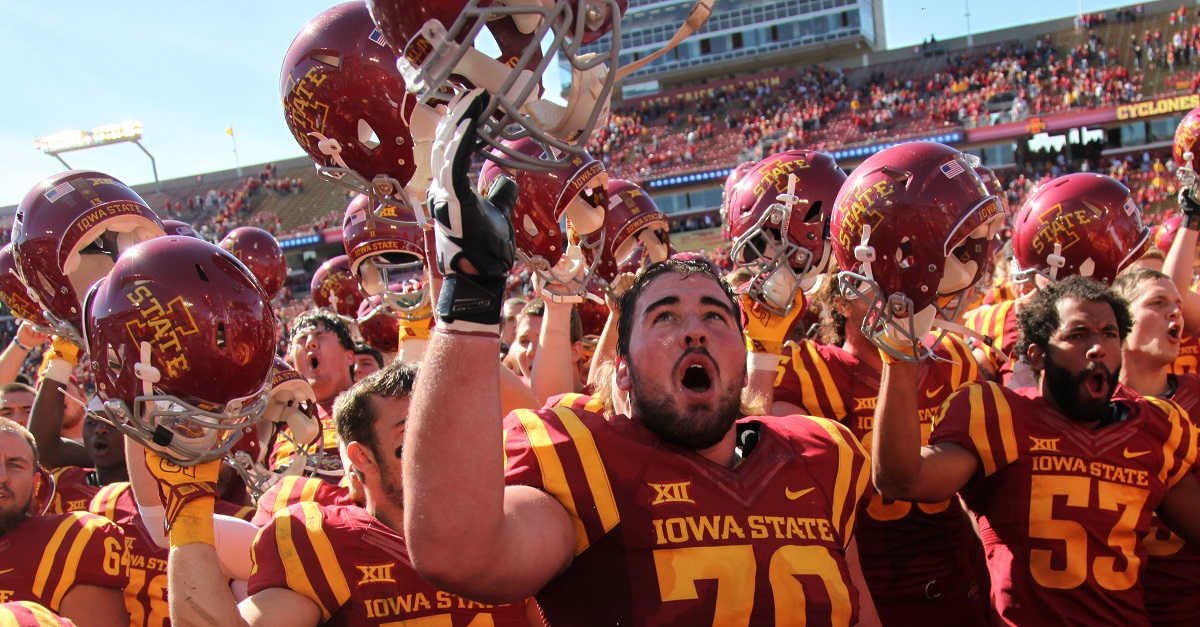 The college football world was shocked by the news over the weekend of Big Ten kickers  Sam Foltz and Mike Sadler passing away because they were involved in a one-car accident. LSU kicker Colby Delahoussaye survived the crash in the most unlikely way possible by actually being woken up by the fires and escaping with some burns.

That’s why this story might hit a little close to home. Iowa State tight end Chase Allen was hit by a vehicle outside of the ISU practice facility according to reports from the Springfield News-Leader. Fortunately, Allen was able to jump from the car before impact was made, but still landed on the windshield, shattering it.

Allen said he had a large amount of broken glass in his back, but managed to avoid hitting his head or suffering any bone injuries.

Allen popped up and was taken to an emergency room by some of his Iowa State coaches.

Allen took 103 stitches on his back after being cut by shattered windshield glass.

“The coaches were there with me in the E.R., and I’ll be cleared when the stitches heal up. (It) could have been so much worse,” Allen said.

He not only survived the crash, but survived having to get 103 stitches in his back! It’s pretty fortunate he didn’t have to get more and that he’s still going to be able to play this season. It’s likely Allen will be held out of full contact, at least for the early portion of camp, but it sounds like he will make a recovery in time to play this season.