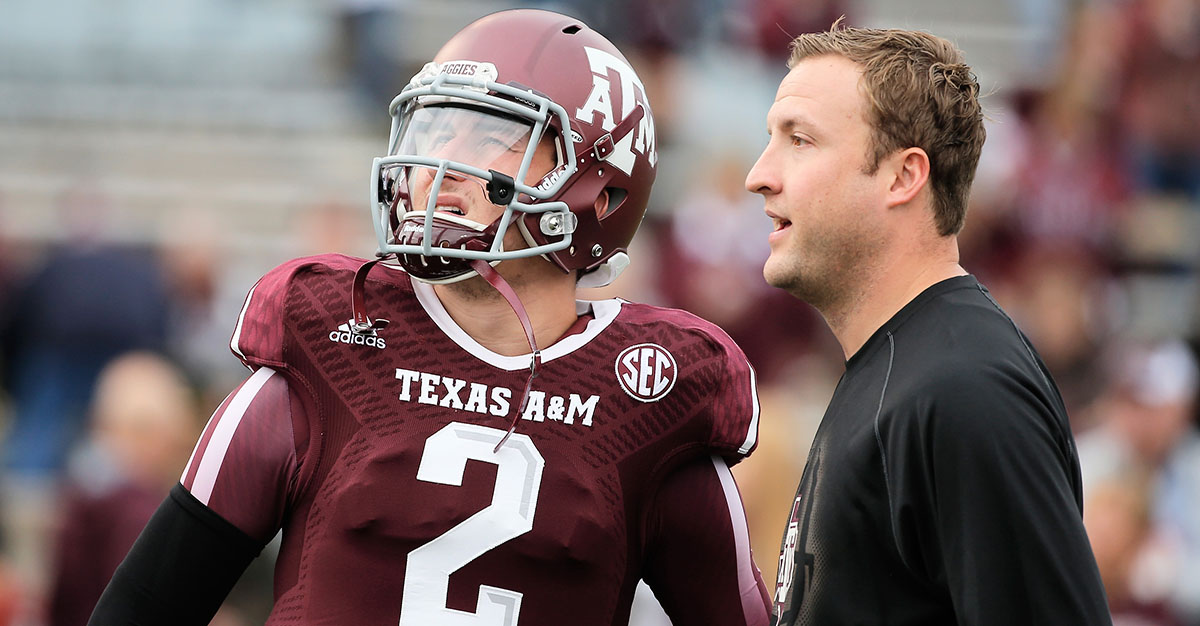 Texas A&M will face off against West Virginia in the Liberty Bowl in Memphis, and it will be the first game that Kevin Sumlin will coach against former offensive coordinator Dana Holgerson. Current offensive coordinator Jake Spavital — who worked under Holgorsen — made a quick phone call to Holgorsen after the announcement of the bowl matchup to send a message, and the two shared a hilarious, good-spirited Twitter exchange.

Got'em. @JakeSpavital upon learning Texas A&M would play WVU called @Holgorsendana and said "I know all your signals" and hung up.

.@TonyCaridi I am not worried, I taught @JakeSpavital all of his signals

The Liberty Bowl might not be where the Aggies wanted to be after the hot start early in the season, but this matchup between old friends and colleagues could be a lot of fun to watch. We’ll see if they try to dig deep in the playbooks to show off some things the other isn’t familiar with.