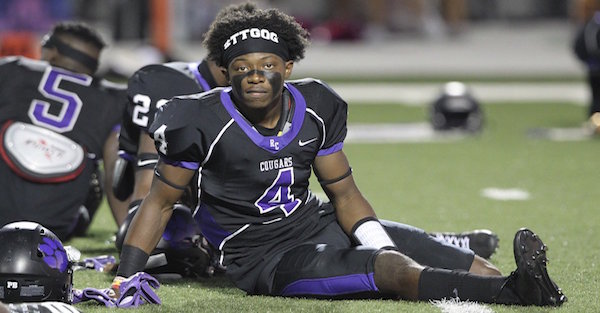 Four-star cornerback Jeremiah Criddell told 247Sports on Wednesday that Washington, Oklahoma, Oregon, TCU and Baylor are the teams “standing out” in his recruitment.

However, he wouldn’t confirm which teams are in his top five as of yet.

“If I had to say a top five, and it’s more who’s standing out, it would be Washington, Oklahoma, Oregon, TCU and Baylor,” said Criddell. “Those are the schools that I connect with the most and I talk to the most consistently.”

Criddell has 20 total scholarship offers, with his most recent coming from Georgia on Saturday. He also expects LSU to extend an offer in the near future.

“And I think LSU could be close too, but that’s about the only one I think could be real close,” said Criddell.

The Santa Ana native also expects to receive more interest from UCLA and USC, who he confirmed are still in the mix “to some extent,” according to 247Sports.

Criddell ranks as the No. 6 cornerback, No. 12 player from the state of California and the No. 68 overall prospect for the 2019 national recruiting cycle, according to the 247Sports Composite.