Josh Jackson puts on a show as Kansas beats UAB 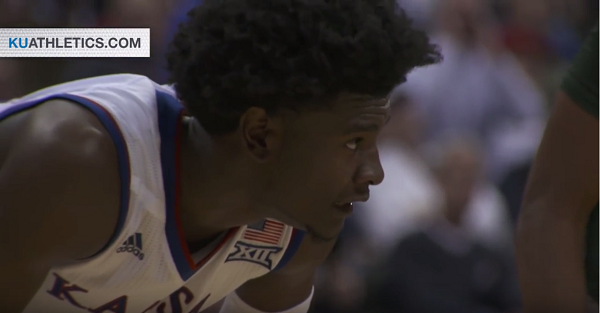 No. 5 Kansas easily handled UAB 83-63 in the CBE Hall of Fame Classic on Monday night to notch its third win of the season. It will face Georgia next on Tuesday night (tonight) as part of the same tournament.

Kansas had a fantastic night from the perimeter and shooting overall as it finished shooting 50.8 percent from the floor and 44.4 percent from behind the three-point line. Frank Mason and Devonte’ Graham were responsible for most of that damage shooting a combined 7-of-15 from beyond the arc. Mason finished with 20 points while Graham finished with 16. Svi Mykhailiuk also chipped in 15 points off the bench.

However, it was Josh Jackson’s breakout party that caught everyone’s attention as he dunked and dazzled his way to a career-high 22 points. He had a couple of poster dunks and was a super efficient 8-of-15 from the floor to lead all scorers.