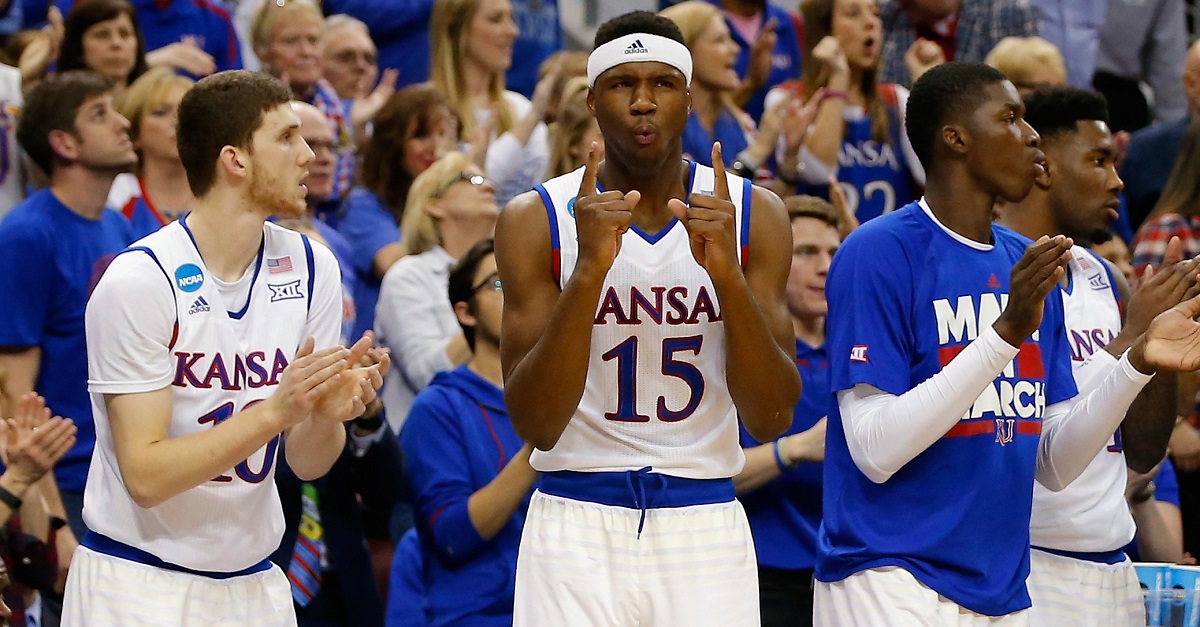 Kevin C. Cox/Getty Images
LOUISVILLE, KY - MARCH 26: Carlton Bragg Jr. #15 of the Kansas Jayhawks reacts on the bench in the first half against the Villanova Wildcats during the 2016 NCAA Men's Basketball Tournament South Regional at KFC YUM! Center on March 26, 2016 in Louisville, Kentucky. (Photo by Kevin C. Cox/Getty Images)

Kansas has scheduled pretty tough opponents out of the conference year in and year out under coach Bill Self. Some teams include Duke, Michigan State, UCLA, Vanderbilt, Kentucky, Florida, Georgetown, Indiana, Nebraska and UNLV and that’s just in the last three seasons.

RELATED: Kansas might have the most brutal out of conference schedule this year

And now the Jayhawks have agreed to a four-year series with a Pac 12 team that could be on the rise in the next couple years.

While Stanford is not a great team now with a new head coach this season in Jerod Haase, the Cardinal could get better in the next four years. It always helps to schedule teams from other Power Five conferences as well since that looks good in March when the committee is deciding on its seeding.