College coach gets a little NSFW after game-tying touchdown 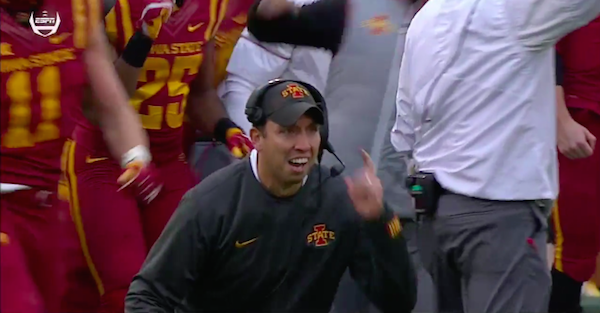 After scoring 14 points early, the Cyclones were held scoreless during most of the second quarter before Joel Lanning found the end zone on a 1-yard run.

Campbell was undoubtedly excited after the play as cameras caught him screaming in joy on the sidelines, which appeared to included him saying, “I f*****g love him,” after Lanning’s touchdown.

Of course, there’s plenty to be excited about. With a victory, Iowa State have three wins against ranked opponents and improve to 5-2 in Big 12 conference play.