Mike Gundy escalates CMU situation, says he will no longer play games without this condition 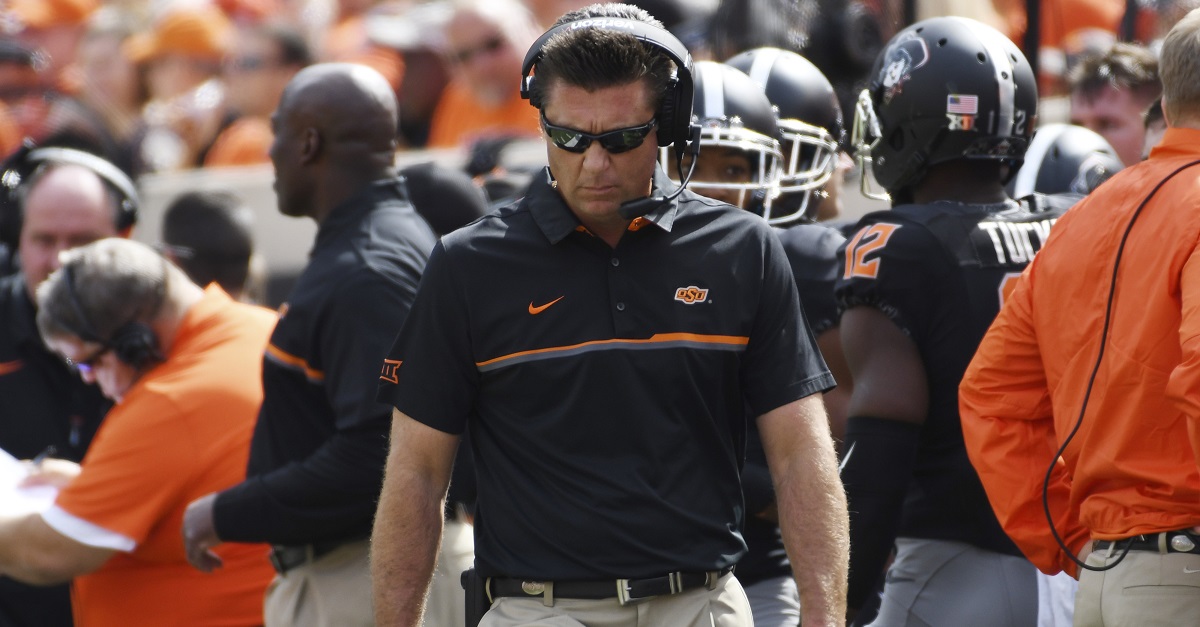 The Central Michigan-Oklahoma State had one of the wildest endings we’ve ever seen and it all happened because the Chippewas were given an untimed down they didn’t deserve. They used the play to throw a Hail Mary that turned into a hook-and-ladder play and a touchdown to upset the Cowboys 30-27.

The MAC officiating crew on the field completely screwed up the call by giving CMU the extra down after Oklahoma State threw the ball away on fourth down and earned an intentional grounding penalty. However, since that play was against the offense and one that resulted in a loss of down, the game should have ended.

The replay officials were a part of the Big 12 though and could have stepped in at any time to end the game and stop the extra play, but didn’t know the rule so didn’t stop the play. Cowboys coach Mike Gundy called out both crews and now he won’t play in any non-conference games without a Power Five officiating crew.

RELATED: Big 12 and the MAC suspend nearly everyone involved in the CMU-Okie State debacle

The Big 12 and MAC did end up suspending both crews, but the damage is done and the Cowboys likely took a serious hit to their chances of getting to the College Football Playoffs. In an interview with ESPN, Gundy said that he is going to be moving on from any team that won’t accept his terms of engagement:

Despite the fact that this mistake was clearly the fault of both the officiating and replay crews Gundy still took blame for the loss:

He’s a man and he’s forty…nine. Good on coach to try to deflect embarrassment from others who so rightly deserve it.