Former No. 7 ATH Michiah Quick has transferred away from Oklahoma 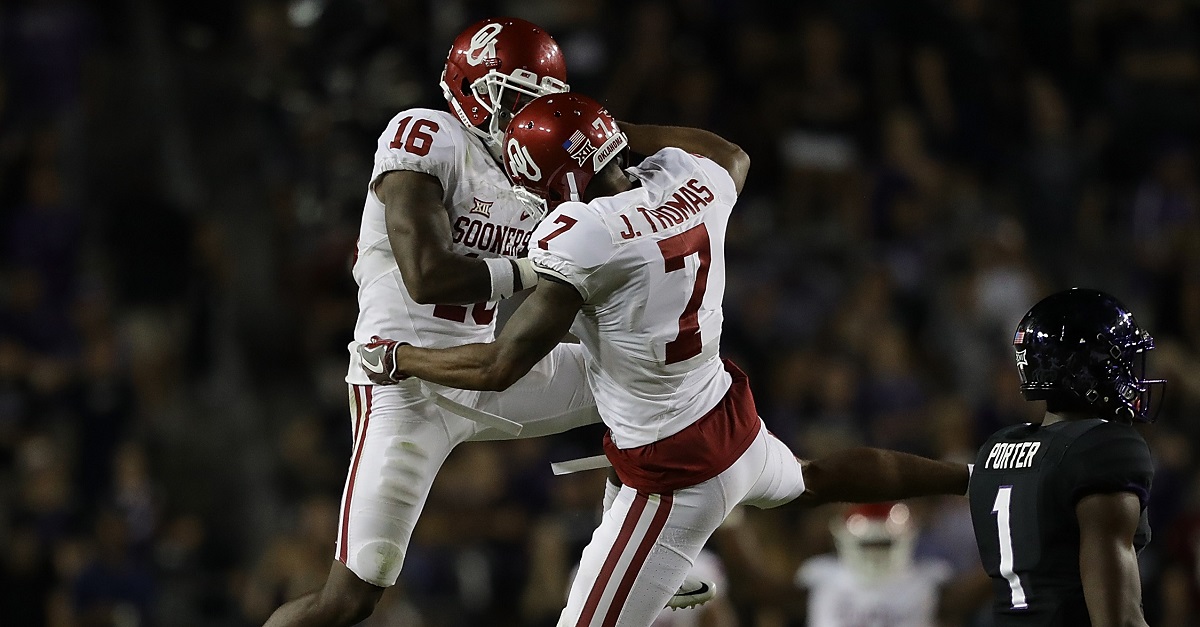 Michiah Quick was once ranked as a Top 100 overall recruit of the 2014 recruiting class, but things did not go as planned once he committed to play at Oklahoma.

After an impressive freshman year at wide receiver with 25 receptions, Quick fell down the depth chart in sophomore year, and eventually switched to the defensive side of the ball in 2016. After showing a bit of promise there, Quick tore his MCL and he was eventually dismissed from the team for a violation of team rules.

Now looking to rebound, it was announced on Thursday that Quick would be transferring to Fresno State.

News: I can confirm that former #Sooners WR Michiah Quick will play football at Fresno State next year. Will likely redshirt.

Quick — a Fresno native – will likely redshirt for the season to continue recovering from the knee injury. He will have one year of eligibility remaining.

Coming out of high school, Quick was rated as the No. 7 athlete in the nation, as as the No. 56 overall recruit by the 247Sports Composite. He was a consensus four-star across all major recruiting services.