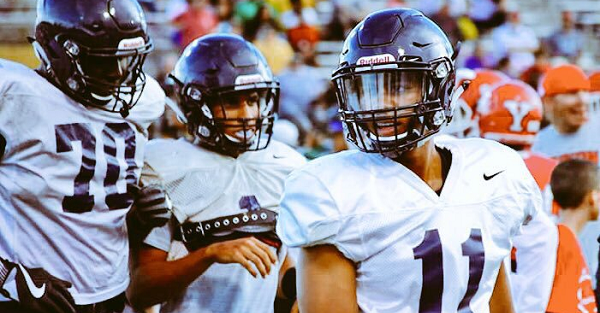 Tom Herman hasn’t really gotten going on the recruiting trail for 2018 quite yet, but it looks like he might be warming up now. He just landed a commitment from four-star dual-threat quarterback Casey Thompson out of Moore, Okla. He had a ceremony at his high school that was broadcast by Horns247:

The 6’1″, 184-pound Thompson’s dad, Charles, played at Oklahoma as well as his brother Kendal beforee he transferred to Utah. Thompson is ranked as the No. 4 player in the state of Oklahoma and the No. 7 dual-threat QB in the class of 2018. Had 21 offers including some from UNC, Virginia Tech, Louisville and Houston among others.