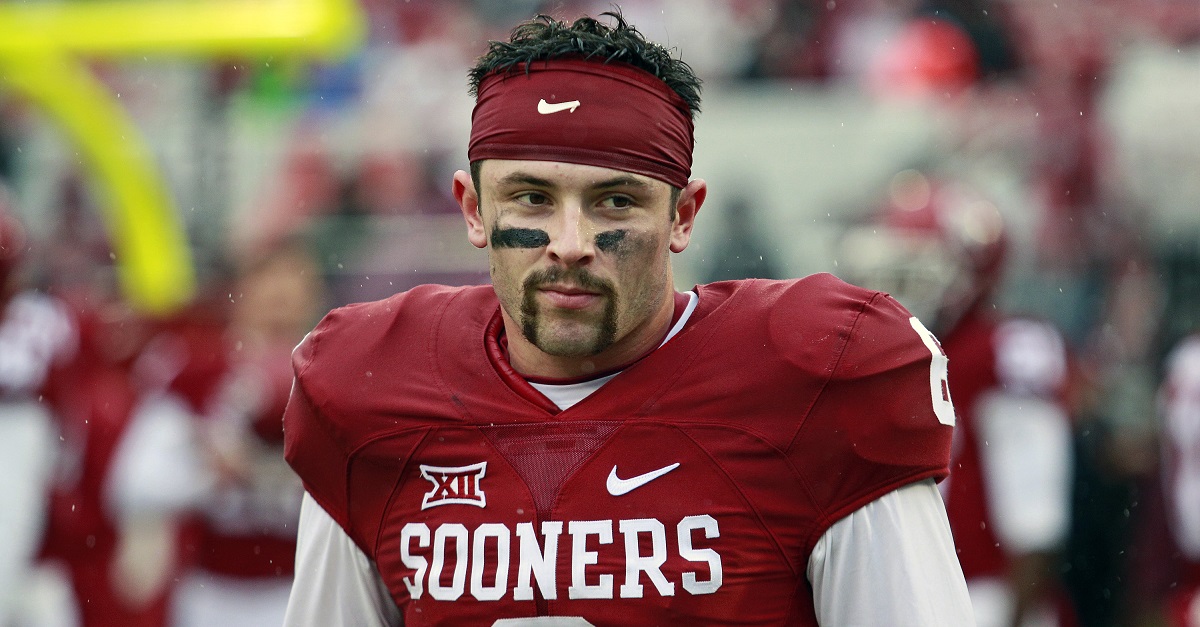 Former Oklahoma Sooners quarterback Baker Mayfield is hearing everyone tell him to change his ways. Maybe he will, but he’s already admitting there’s parts of him that will remain the same.

With plenty of the old-guard believing an NFL gunslinger is meant to be the face of a franchise, which is code for boring, there’s long been this notion tossed around that Mayfield needs to be far less colorful on and off the field.

Only time will tell how he does with some of that stuff, or even if he wants to, but we now know of at least one area of his personality he plans to remain firm with — his hatred of the Texas Longhorns.

I get the feeling @baker_mayfield6 has been waiting for the last 3 years to say this publicly. pic.twitter.com/ubGOZeZOlS

?I was born and raised in Austin, they didn?t recruit me,? Mayfield said of Texas. ?I grew up 15 miles from the campus.?

?I talked to the NFL guys that say I need to calm down a little bit,? he said. ?But when it comes to Texas, absolutely not. I can?t stand them.?

If people want Mayfield to like Texas more, that is kind of a weird request. He has solid reason, at least from his point of view, to not love the Longhorns.

With the NFL Draft looming, fully expect every aspect of Baker Mayfield to be picked apart to the point of nausea.