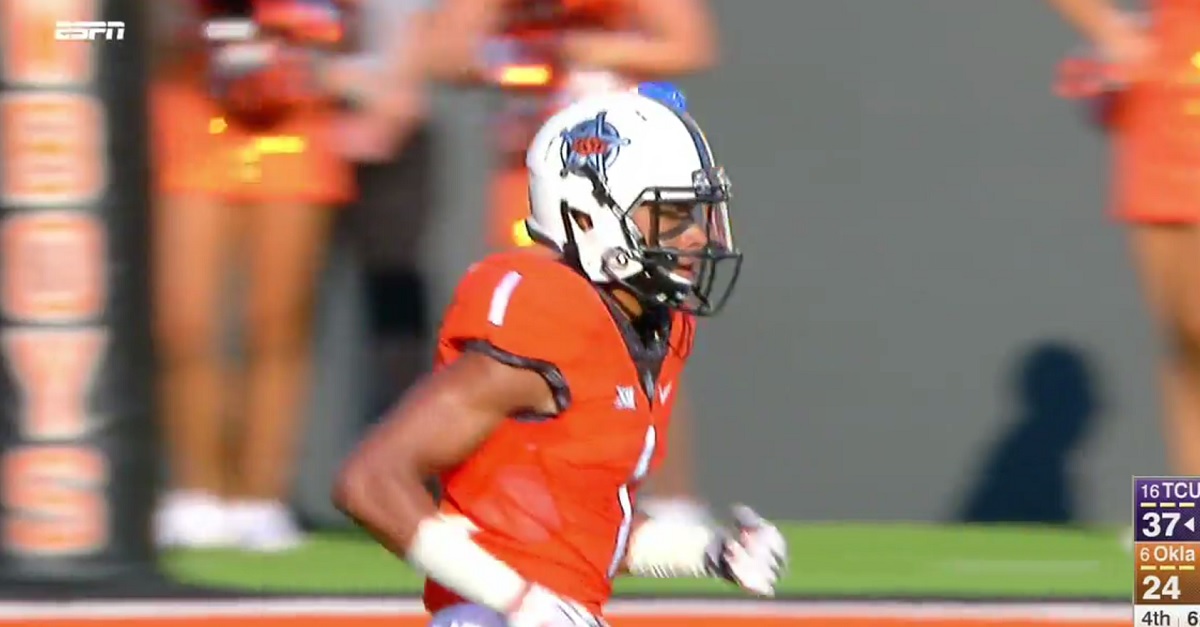 Oklahoma State has one of the best quarterbacks in the nation in Mason Rudolph, but their fate in a loss to No. 16 TCU didn’t fall in Rudolph’s hands.

Instead, Mike Gundy’s team went for a trick play while down 37-24 in the fourth quarter, as they pitched the ball to star receiver Jalen McCleskey in attempt to run a pass play. It did not go well.

Not ideal when you were already driving, and the play was panned by several observers of the game.

hey we have one of the best quarterbacks in the country so let's have a wide receiver throw the ball pic.twitter.com/XlEHttB6Ui

Maybe one of the dumbest, most un-necessary play calls I have seen this year. #OSUvsTCU

The interception by TCU allowed the Horned Frogs to soak up another two minutes of precious time on the clock before Oklahoma State got the ball back. Oklahoma State was then able to score to make it a one score game, but TCU responded with a touchdown and then another interception to ice the game.