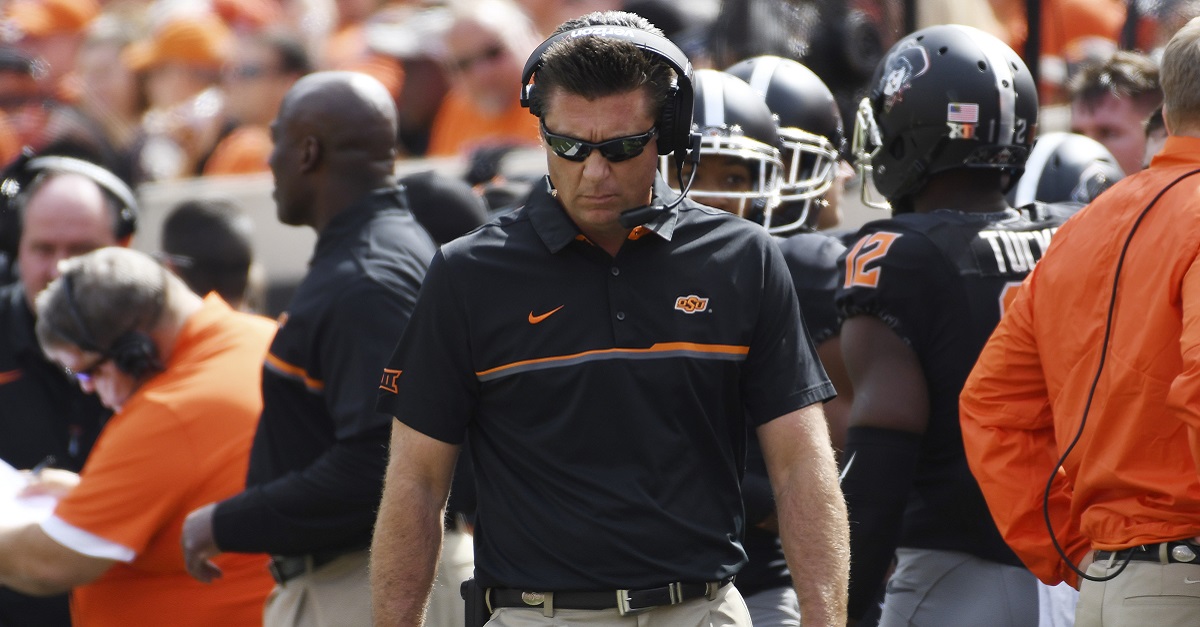 After Saturday’s controversial loss to Central Michigan, Oklahoma State coach Mike Gundy was rather reserved — if still somewhat confused — in his post-game presser. His Cowboys had lost on what turned out to be a play that shouldn’t have happened, but it didn’t seem like Gundy had fully wrapped his head around it yet.

With the benefit of a day to think, Gundy released a statement on Sunday. While he shows poise and is rather held back in his comments, he did make sure to slip in one dig at the referees at the game.

“While I’m disappointed in myself, I’m also disappointed that we had 10 rules officials who didn’t properly apply the rule.”

RELATED: We’ve already got our first ref fail of the season, and it’s a doozy

That’s a long way from the “I’m a man, I’m 40!” rant, and Gundy does make some good points in his comments. The result isn’t going to change no matter what he does, so he’s trying to move on. I get it.

Still, he could have pressed a little harder with his comments. His team got screwed and it’s because none of the officials knew the rule. That’s… not good.

Maybe next time we can get another rant out of him.