One former starting quarterback just made the most unusual position change 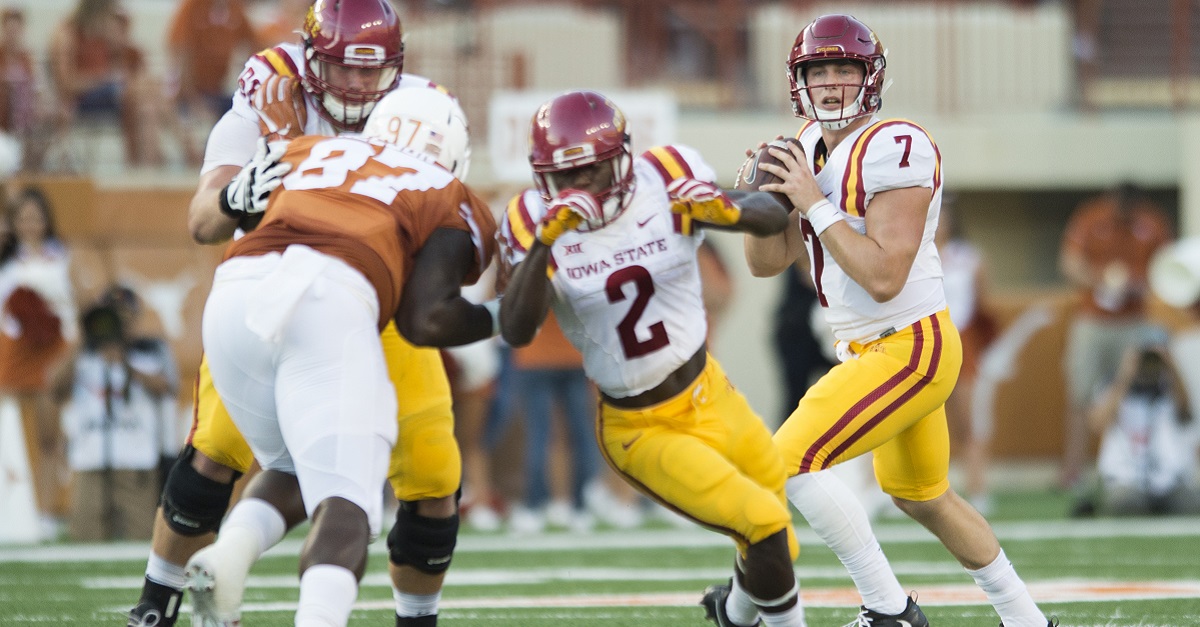 This isn’t exactly a switch that you see often at the college level.

Joel Lanning was Iowa State’s starting quarterback at the start of last season, but he eventually fell out of favor to freshman Jacob Park. However, Lanning isn’t going to be sitting on the sidelines next season, as the 6-foot-2, 225-pounder has switched his position to linebacker.

And according to the Des Moines Register, he’s doing quite well at it.

“He’s the No. 1 mike linebacker for us right now,” Cyclones linebackers coach Tyson Veidt said to the Des Moines Register. “(He’s) doing a great job there running with the ones. It’s certainly his job to lose.”

Yeah, it’s unorthodox, but if he’s helping his team in a new way, then more power to him.