One more team is lobbying the Big 12, and it’s a school we can all respect 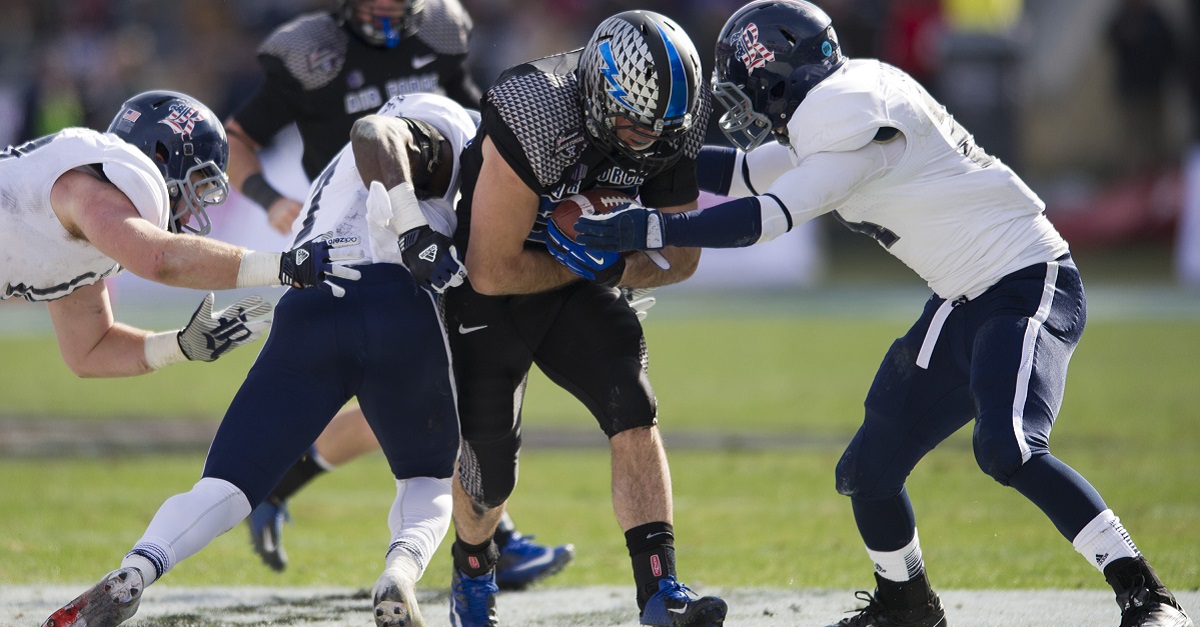 On Friday, ESPN’s Brett McMurphy reported that the Big 12 would hold meetings with 17 schools about conference expansion. At the time, we only knew 14 of those teams, but now we know all 17 of those original teams. (see below)

However, McMurphy later reported that one more school had obtained a meeting with the Big 12, and compared to Arkansas State and SMU — no offense, guys — this is a school that many more people respect, and would probably even enjoy in the Big 12: the Air Force Academy.

The Air Force actually already competes in the Big 12 in at least one sport (men’s wrestling), so they are not a complete stranger to the conference.

RELATED: Memphis is trying to “bribe” its way into the Big 12, and what they’re using is hilarious

As far as competition goes, Air Force has been to bowl games in eight of the last nine seasons. Over that time frame, the Falcons have a record of 69-49, which averages out to about 8-5 every year. The biggest drawback for them, though, is that the Big 12 may not seem them as the media draw that they are hoping to acquire in this expansion.

However, here are the teams that the Academy is going up against:

How many programs there are legitimately better than Air Force? Five? Six? They may have gotten into the party late, but considering the level of teams involved here, don’t count out the Falcons so easily.