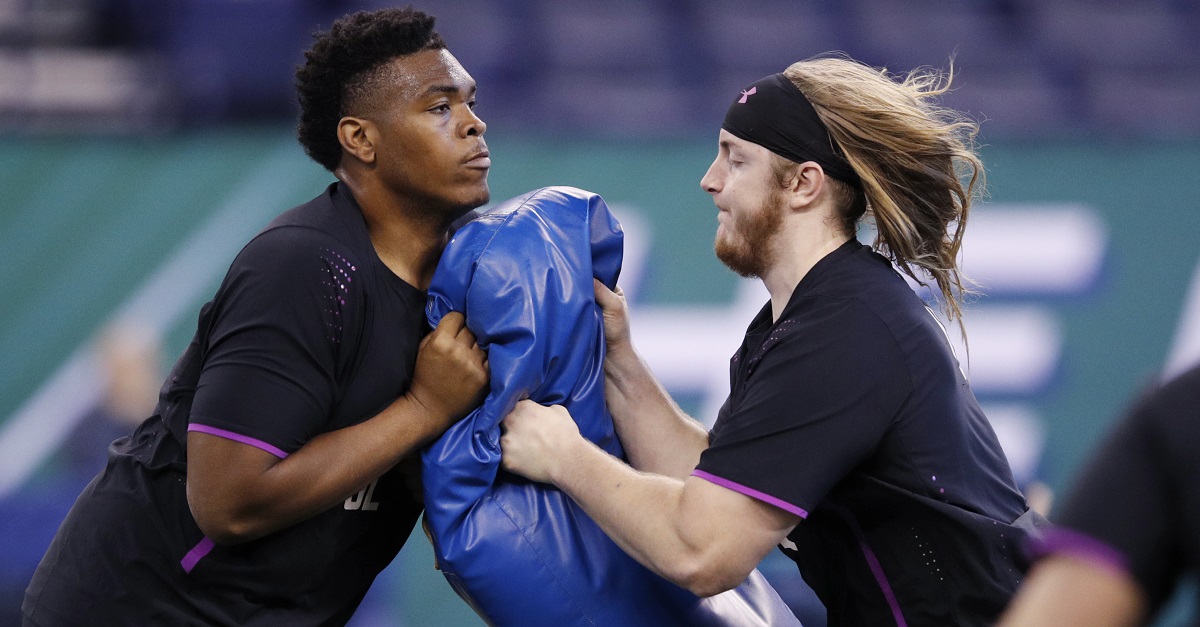 Oklahoma offensive lineman Orlando Brown was believed to be a guaranteed first-round pick in April’s NFL Draft. That was until he put up some truly atrocious Combine numbers on Friday. Here’s just some of the bad from him:

Brown is about 6-foot-8 and 345 pounds, but running that slow of a 40-yard dash time is still inexcusable and won’t win him any favors with front offices. Of course, loafing around in drills doesn’t help him either as work ethic and willingness to hustle around, even at a Combine event, is something that teams are looking at in potential players.