Report: Cincinnati school president wants the school to move to the Big 12 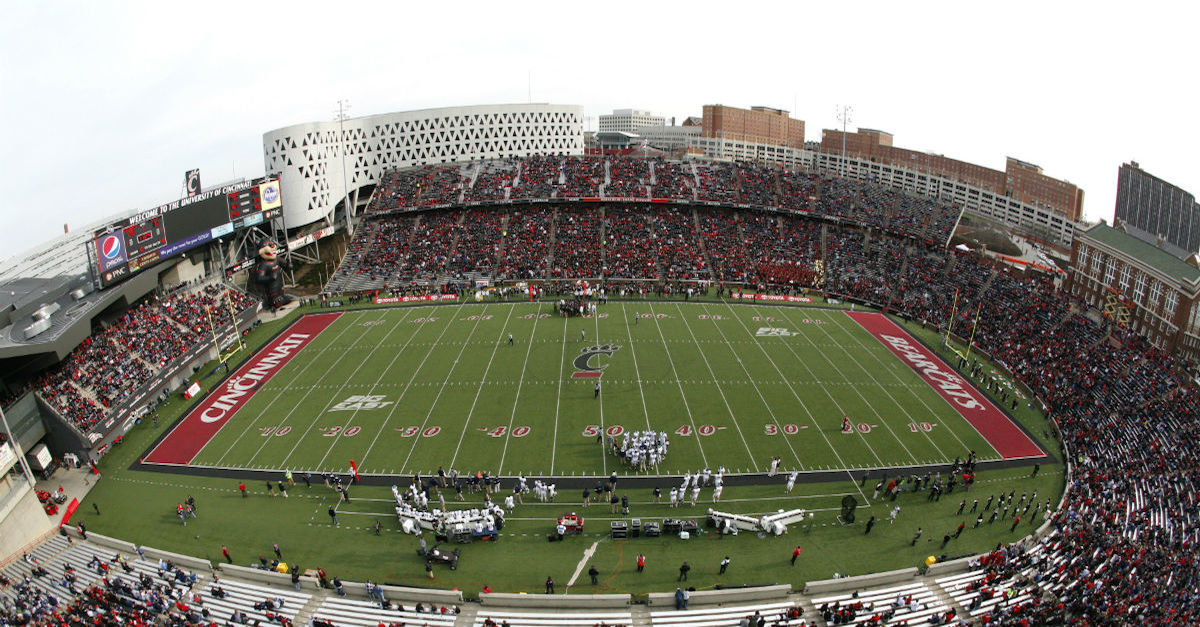 Apparently Cincinnati isn’t all that happy in the American Athletic Conference. According to the Cincinnati Inquirer, the school’s president, Santa Ono, has been exchanging emails with others expressing interest in the school joining the Big 12 conference. Although the Big 12 is currently at ten teams, commissioner Bob Bowlsby has already spoken about the possibility of expanding, which could likely lead to the league adopting a conference title game, if they don’t get one before then.

Below are some of the emails that the Enquirer obtained that give some clear indications of Cincy wanting to make the jump. In the exchanges, Ono talks to former Kansas State president John Wefald, who told him that Cincy may have to make a short-term revenue cut. Wefald also adds and that Oklahoma president David Boren liked Cincy as an expansion candidate.

In a Jan. 26, 2015, message to Ono, Wefald said he had talked to several key Big 12 leaders, mentioning Boren and then-Texas President Bill Powers.

?David is impressed with Cincinnati,? Wefald told Ono. ?He knows that UC is a big-time school. … Now, I did not talk to him about the revenues that each school gets. I doubt that he would be enthused about any kind of a ?major haircut.??

Later in the email, Wefald said: ?The only way I see to get Cincinnati into the Big 12 is this: that UC and the 2nd school would have to volunteer to take the financial haircut yourselves. Why? Because the three major networks will never add enough monies to allow the next two schools to have the same revenues as the 10 to (sic) now.?

Wefald continued: ?The emphasis of UC right now should be this: Get into the Big 12 and worry about equal revenues later. So get in now and tell the other 10 universities that you and the second school will take the haircut.?

Cincinnati has been a member of the American Athletic Conference since it’s existence in 2014 — before Cincy was a member of the now extinct Big East conference. From a football standpoint, it would be a good fit especially having former Texas Tech head coach Tommy Tuberville as the Bearcats’ head coach. Basketball would also benefit from being in the Big 12 along with superpowers such as Kansas and Oklahoma.