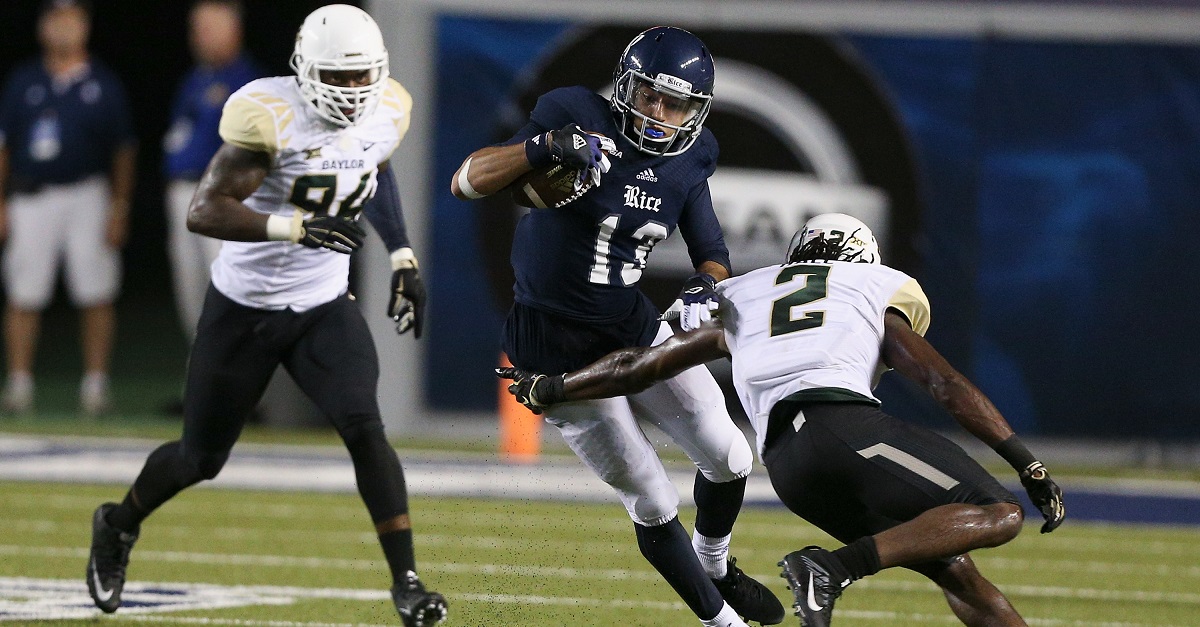 Normally a Rice vs. Baylor football game would not garner a whole lot of attention, especially since it was a 38-10 Baylor win. However, it was happened when the teams were off the field that caught everyone’s attention.

RELATED: The Baylor-Rice game had to be stopped for the weirdest announcement

The Rice band took a blatant shot at Baylor and the sexual assault scandal that’s enveloped the school. There was no question about it as the band formed a giant “IX” on the field facing a lot of Bears fans who traveled to Houston to see the team play.

And of course there’s some video:

The Marching Owl Band is no stranger to controversy as it took a shot at Johnny Manziel and his autograph scandal when the Owls played Texas A&M in 2013 and has jabbed Texas every chance it gets. While stirring the pot is fine every now and then, making light of sexual assault is not exactly going to win you fans.