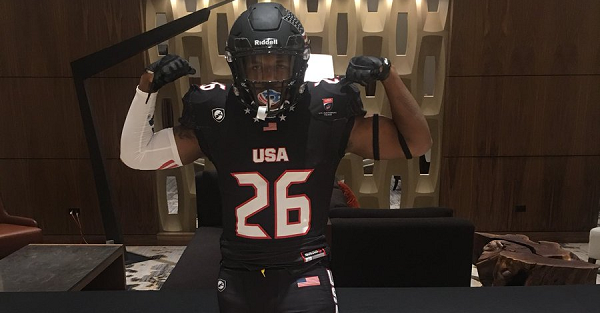 Four-star running back Tavion Thomas had been committed to Oklahoma since June of 2017, but backed off that pledge in late January of this year. It looks like the Sooners are still in competition to land him, but Thomas has three other schools he likes right now as he announced his top four on Twitter.

The 6-foot-2, 227-pound back out of Ohio is ranked as the No. 10 running back in the country and the No. 9 recruit in the state for the class of 2018 according to Rivals. Oklahoma, Tennessee, Ohio State and Cincinnati will all be waiting to see where he ends up committing.

Thomas also has offers from USC, Louisville, ,Wisconsin, Arkansas, Georgia, LSU, Michigan and Nebraska among others.