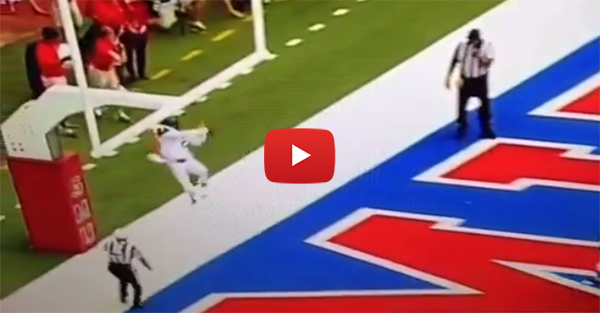 TCU is beating SMU 28-0 at the half as SMU continues its impressive streak of incompetence. However, it was TCU that produced the worst play of the day (thus far). Just watch for yourself.

This is just all-around awful.

The center reacts to the defensive end jumping offsides so he quick snaps to get the penalty. He ends up rolling the snap past his unsuspecting QB who then scrambles back, tries to throw the ball away before going out of bounds, but ends up throwing the ball off the crossbar.

The offsides negated the safety and I think everyone involved with this play will be hoping to just forget it ever happened.