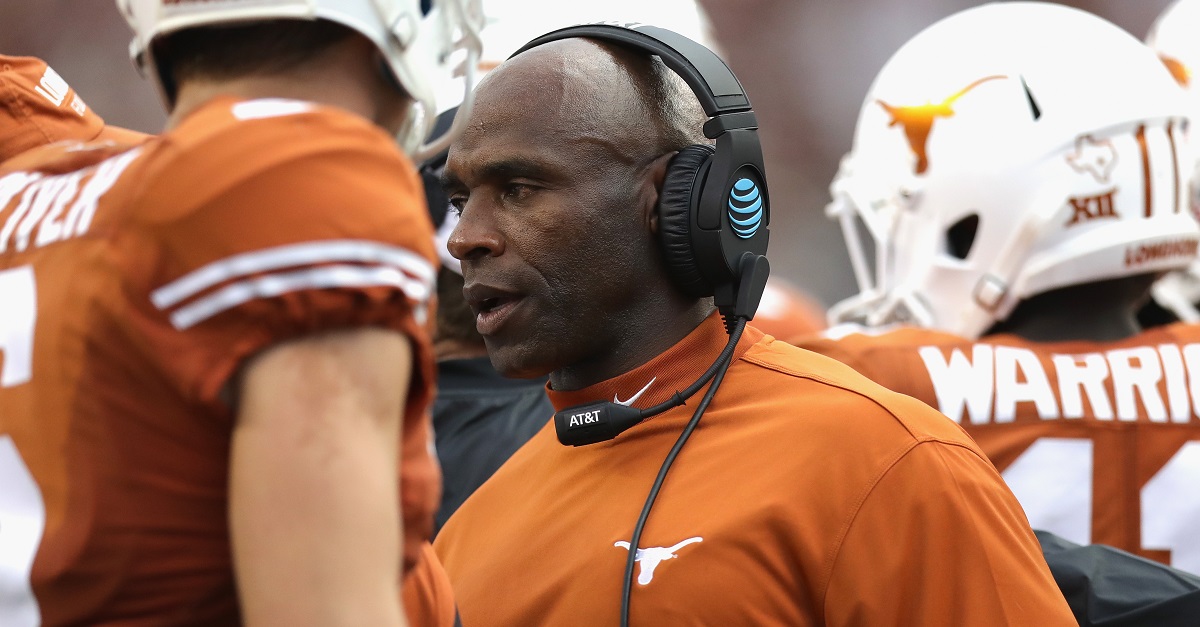 Charlie Strong’s hot seat in Austin went up in temperature on Saturday, as Texas dropped their fourth game of the season in a 24-21 loss to Kansas State. After the game, Texas AD Mike Perrin was accosted by reporters, for whom he only had one simply statement.

Perrin has made more elaborate comments on Strong Strong before this, but “no comment” can be very telling. If Perrin’s support was still there for Strong, why didn’t he just give it then and there with the media as a witness?

If Texas does fire Charlie Strong, it’s going to cost them. Strong’s buyout if $10 million if fired during or at the end of this season.

$10 million: Texas buyout for Charlie Strong if he is fired at end of season

As for the Longhorn faithful, let’s see how they feel about their head coach.

Does Texas even let Charlie Strong get off the plane in Austin before they fire him or do they let Baylor torch his "defense" next?