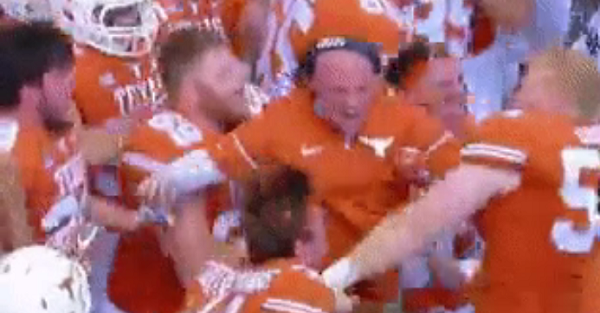 Texas was holding its own against No. 10 Oklahoma State, with the two teams being tied at seven going into halftime. The lone touchdown from the Longhorns had plenty of players excited and the coaches too. It looks like one coach got in over his head though as he got leveled by one of his own players.

That’s going to leave a mark the next day and he is definitely going to be sore. To make matters worse, Texas eventually lost in heartbreaking fashion in overtime, as quarterback Sam Ehlinger threw an awful interception in the endzone to end the game 13-10 in favor of the Pokes.