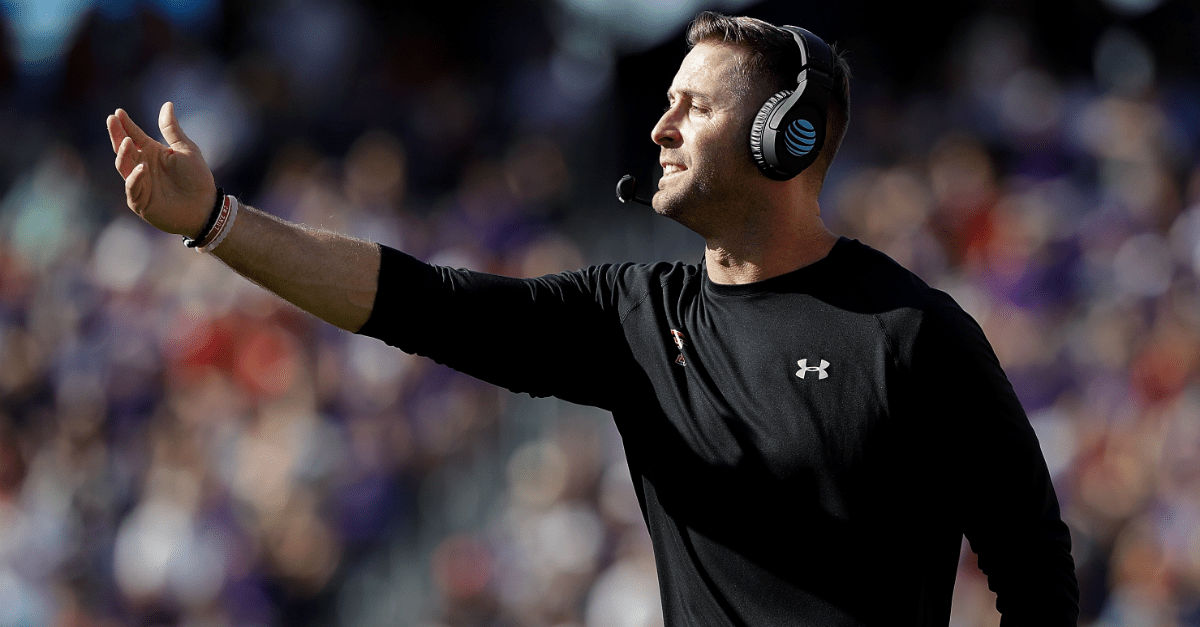 The Texas Tech Red Raiders have hired Kevin Johns, who was last with Western Michigan, as the program’s new offensive coordinator.

Johns will replace Eric Morris. Morris left the program to be the head coach of Incarnate Word.

Texas Tech averaged over 30 points per game during Morris’ tenure with the program. Under his vision, the program set the single-season school record with 45.1 points per game in 2015. Johns will have big shoes to fill, obviously.

?We?re excited to have Coach Johns join our staff,? Kingsbury said in a statement. ?He has a tremendous record as one of the top offensive minds in college football, and I know he will be a great resource for our staff and players. We?d like to welcome him, his wife Krista and his three sons to Lubbock.?

Johns has a solid resume under his belt, even if people won’t get all hot and bothered about him coming to the Big 12 following some time coaching an innovative offense for a MACtion program.

Prior to his one season with Western Michigan, Johns was on Indiana’s coaching staff for six seasons, serving in various offensive roles, including offensive coordinator. Before that, he was an assistant for Northwestern from 2004-10.

?It?s a privilege to join the staff Coach Kingsbury has assembled,? Johns said. ?Texas Tech has long been known as one of the top offenses in the country, and it?s an honor to work alongside Coach Kingsbury in continuing that tradition. I?m fortunate for the opportunity and can?t wait to get started.?