Before every Texas Longhorns home game, you can find Loreal Sarkisian dressed to the nines on the field. For the "First Lady of Texas Football," Darrell K. Royal-Texas Memorial Stadium isn't just her runway. It's much more than that.

Since Steve Sarkisian took over the program in 2021, he's had his loving wife by his side. But if you know his story -- one that has featured the lowest of lows -- you know that his road to redemption hasn't been easy. From a divorce that led to alcoholism and nearly ended his coaching career to marrying the woman of his dreams and leading a Texas program set to take on No. 1 Alabama at home behind a heap of excitement in 2022 that hasn't been felt in Longhornville in quite some time, it's been quite the ride. 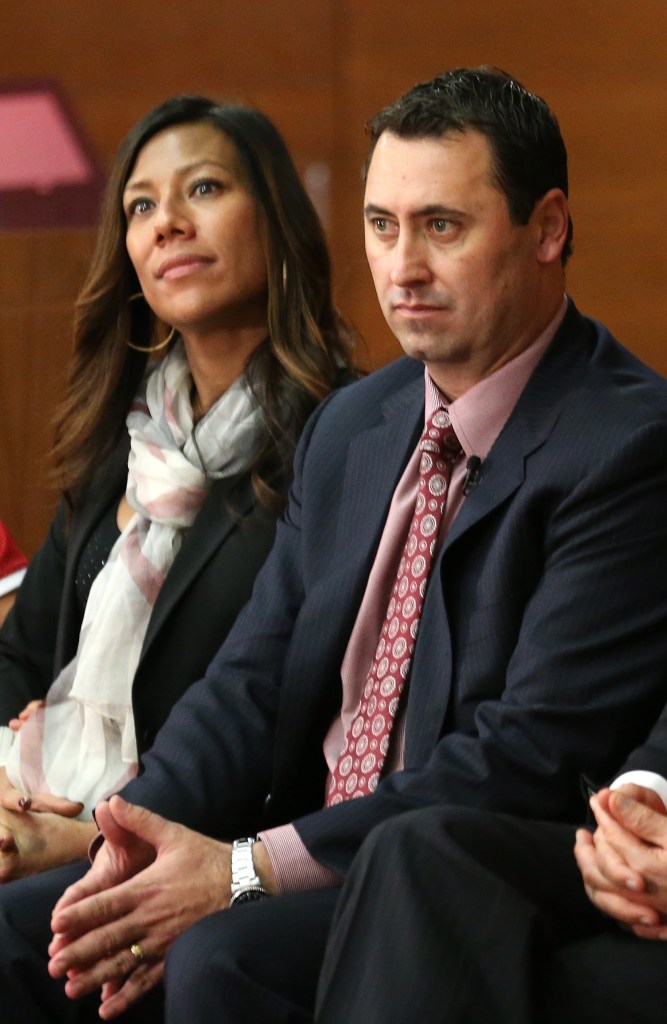 Steve Sarkisian sits with his ex-wife Stephanie at a press conference introducing him as the new USC head football coach in 2013. (Photo by Stephen Dunn/Getty Images)

Sarkisian hit rock bottom in 2015. He was fired as head coach from the University of Southern California for numerous occasions of drunken behavior. According to the Daily Trojan, he was allegedly "intoxicated during various team meetings, practices and even games" that season. He also lost a $30 million wrongful termination suit against USC after claiming the school didn't allow him time for treatment of his alcoholism.

The cause? A divorce from his first wife, Stephanie Sarkisian. The two had been married since 1997 and had three children together (Ashley, Taylor and Brady), all of which were 12 years old or younger at the time. Sarkisian and Stephanie agreed to a private settlement, no spousal support, no child support and joint custody of their children, per TMZ. 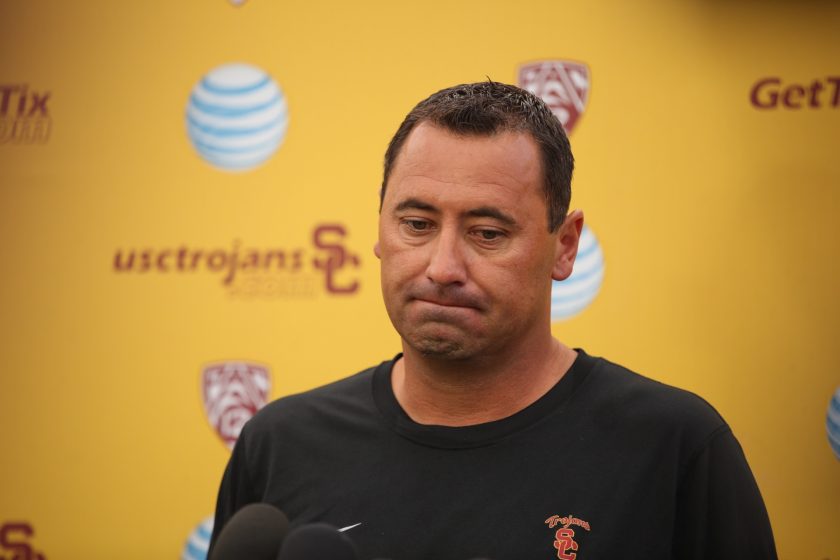 His 19-year marriage was over. His coaching career looked to be coming to an end. Things were bleak.

The Alabama head coach hired Sarkisian as an analyst during the 2016 season. He then took Lane Kiffin's job as interim offensive coordinator before bolting for the NFL as the Atlanta Falcons' offensive coordinator in 2017. He was re-hired as Alabama's OC in 2019, and he shined in two seasons in Tuscaloosa. Alabama won the 2020 College Football Playoff National Championship behind one of the most dominant offensive seasons in history.

"But Coach Saban took a chance on me when I needed somebody to believe in me again."

Along the way, he found love with a new woman, Loreal Smith.

Steve Sarkisian was introduced as Texas' head coach on January 2, 2021. With that, Longhorn nation was also introduced to a new First Lady of Texas Football: Loreal Sarkisian.

The Sarkisians officially tied the knot in 2020. Since making Austin her home, she's become a staple woman in the community.

Loreal launched a styling business, Loreal Luciana, in 2017. She told KXAN it's essentially a "one-stop shop" to style people for everything from photoshoots, the red carpet or just everyday wear. Occasionally, her husband will let her style him, too.

"He's funny, sometimes he wants to be the client, and sometimes he's like, 'I got this.' Just depends on the day. Now having been with me over the past few years, you know he's kind of a little bit more into fashion, so that was cool to see," she told KXAN.

Loreal was one of the most accomplished female athletes to ever compete at North Carolina A&T. As an elite hurdler, she reached the semifinals in the women's 100-meter hurdles at the 2012 U.S. Olympic Trials. She finished seventh at the 2009 NCAA Championships in the same event and was named the Mid-Eastern Athletic Conference (MEAC) Woman of the Year. 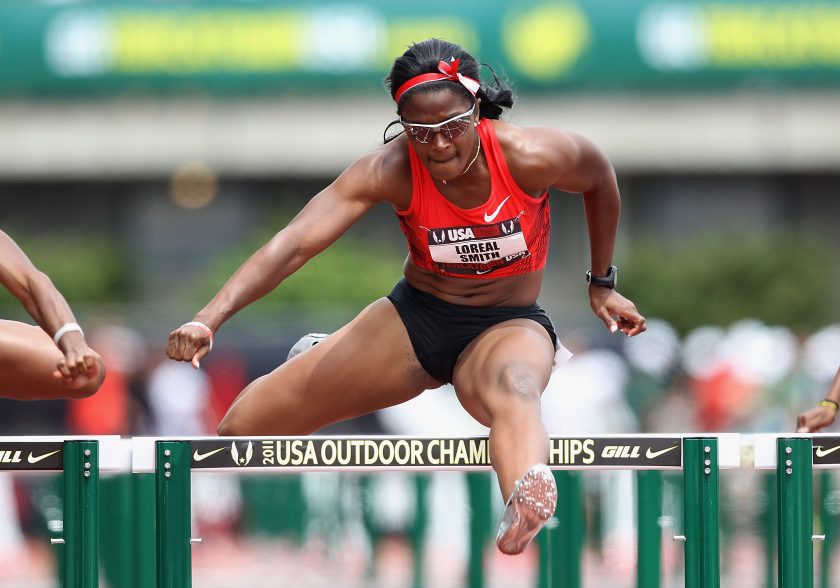 Following her collegiate career, Loreal worked as a volunteer assistant coach at Florida, where her sister Lauren Smith ran track. Their brother, by the way, is former MLB player Mallex Smith. Talk about an athletic family.

Loreal accepted a job as a track and field assistant at USC in 2013 and spent a few seasons there. Yes, that means both she and Steve Sarkisian were coaching at USC at the same time.

"Coaching allowed me to give back and that's huge for me. I grew up seeing my parents give back all the time on different levels," Loreal told Boardroom. "I wanted to be able to continue to help people be the best version of themselves, 'okay, you're not coaching. So, how else can you do that?'"

That's why she turned to fashion as a stylist.

Steve Sarkisian has brought the hype to Texas. He's got a former five-star quarterback under center and a running back that has Heisman Trophy hopes in 2022. As for the First Lady of Texas Football, she'll by right there by his side cheering him on.

MORE: Vince Young Made $35 Million But Went Bankrupt. Where is He Now?