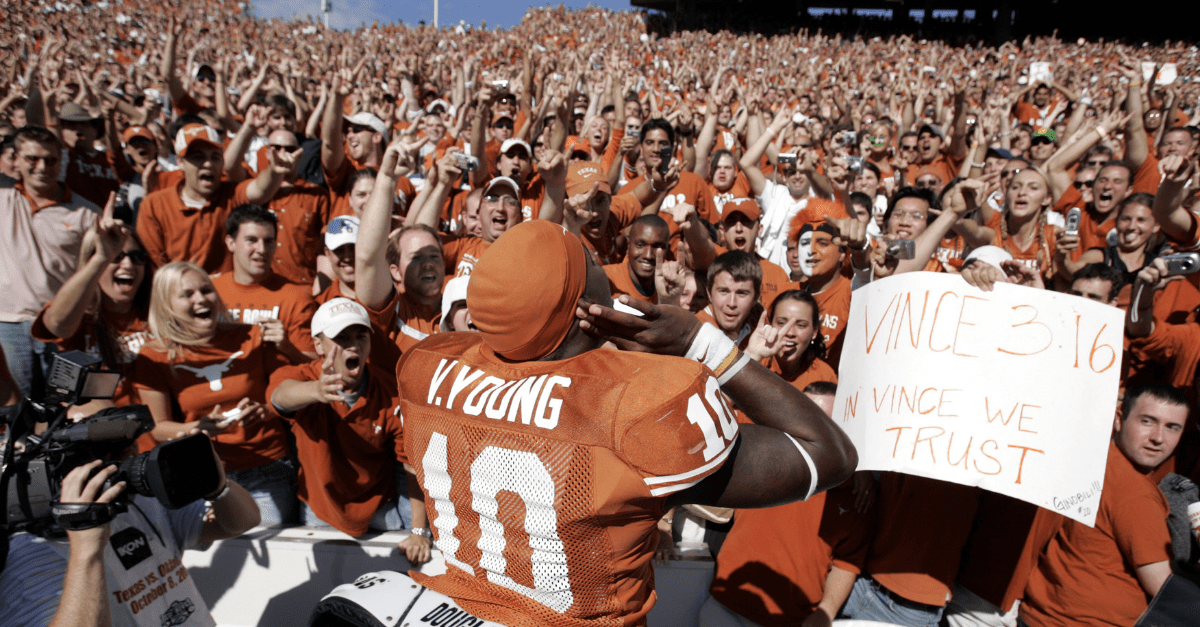 In case you didn?t know, everything is bigger in Texas. From gas stations to tiger sharks and everything else in-between, the Lone Star State takes pride in massive things. The Frank Denius University of Texas Athletics Hall of Fame is the next great one.

UT is set to unveil its first-ever, all-sports Hall of Fame in the Red McCombs Red Zone in the north end zone of Darrell K Royal-Texas Memorial Stadium. It?s over 24,000 square feet and costs $17.1 million to honor all Longhorns of the past, present, and future.

“So much of our history was scattered throughout campus and in our various sports venues. We now have all of our traditions, trophies, awards and accomplishments housed in one place. It’s truly awesome,” UT Vice President and Athletics Director Chris Del Conte said. “It’s an amazing facility where we are celebrating The University of Texas and what it means to be a Longhorn. We’ve put a ton of energy and resources into this and can’t wait for everyone to see it.”

A grand opening celebration is set for 1 p.m. on Friday, August 30. The event is free of charge and open to the public. All you have to do is RSVP right here.

Here is a sneak peek of The Frank Denius Family University of Texas Athletics Hall of Fame, opening next week!

RELATED: This Game Stopped When Texas Rolled Out an Awe-Inspiring Karaoke Salute

Unlike the Texas Sports Hall of Fame (TSHOF) or Texas High School Football Hall of Fame in Waco, this gorgeous facility is dedicated to Longhorns only and is a must-see attraction for any sports fan going to Austin.

You can?t miss it, either. After all, there?s an 8-foot tall and 1,200-pound Longhorn there to greet you and honor Texas? famous mascot, BEVO.

Here is a quick rundown of the visual and digital displays fans can see during the grand opening:

With so many titles, there?s even a 1,400-square-foot National Championship room with trophies, and a massive monitor that will play each title victory. There?s even a replica of The University of Texas Tower and a visual timeline of all 15 BEVO?s dating back to 1917.

“You can see the Heisman Trophy winners, look at all of our All-Americans and Hall of Honor members, see videos recognizing all of our 55 National Championship teams and take a picture with a beautiful Longhorn statue. It’s a wonderful celebration of our school. I want to give a special thanks to Chris Plonsky and the entire team that headed this up for their hard work and dedication to this project. They all worked tirelessly and meticulously along with our friends at Advent and the entire construction crew to make this dream a reality. I know everyone will be blown away when they see it.?

The Longhorns have one of the most storied programs in the history of college athletics. From cross country to softball to the Texas football team, it?s beyond impressive how many student-athletes have became Hall of Fame inductees.

Now, they all have a place to live in history at The Frank Denius University Texas Athletics Hall of Fame.