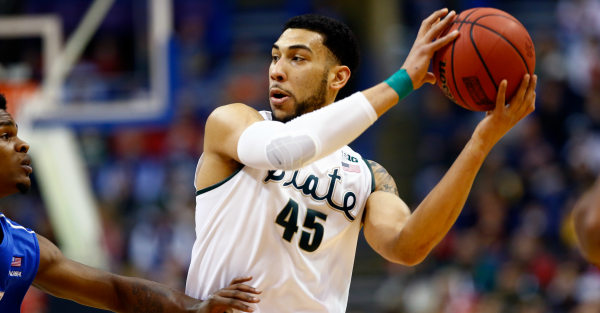 As the college basketball regular season came to a close the race for AP Player of the Year was widely believed to be a two-man race between Oklahoma’s Buddy Hield and Michigan State’s Denzel Valentine. It seems that race was as close as everyone thought it would be because Valentine won by only three votes. Hield is still playing in the Final Four while Valentine’s Spartans were ousted in the first round of the NCAA Tournament against Middle Tennessee State.

The Associated Press also named its coach of the year and the winner was Kansas’ Bill Self. He led the Jayhawks to a top ranking in the final weekly poll and won the Big 12 Conference for the 12th straight year. Kansas finished 33-5 and looked like one of the most dominant teams in the country for a long stretch before bowing out to Villanova in the Elite Eight.