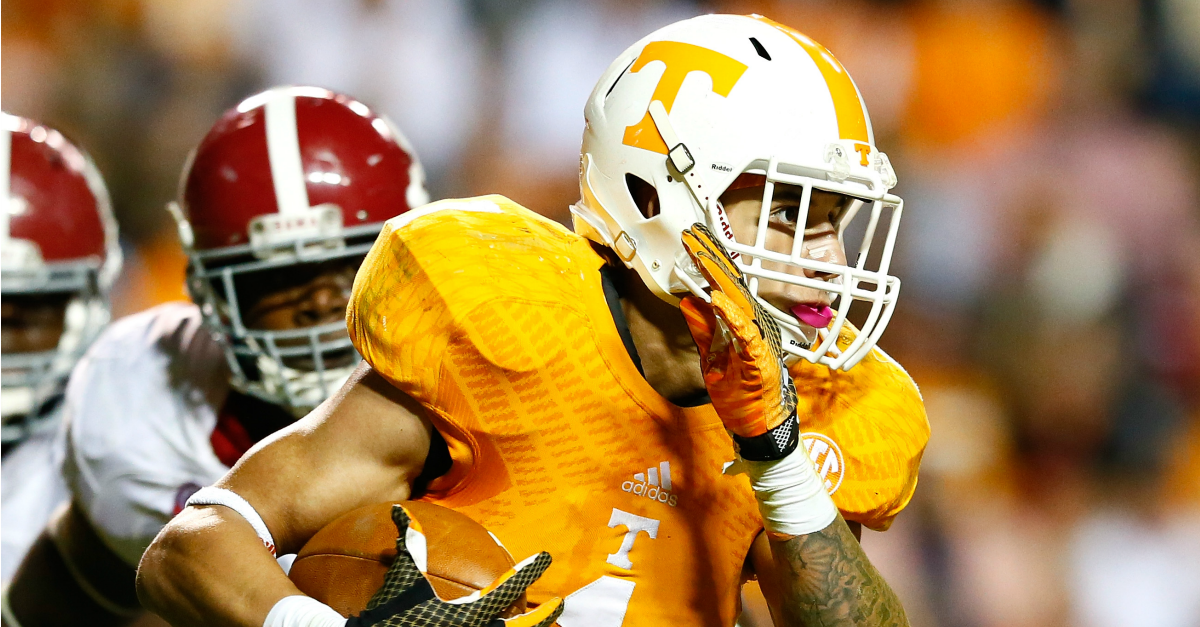 It’s not often that a current collegiate player dwarfs his professional counterpart, but that is most definitely this case for Tennessee’s Jalen Hurd and two-time Pro Bowler DeMarco Murray. The two were hanging together — for whatever reason — and if Murray was trying to look like he was in the one in the NFL, he might have just failed.

Hopefully Hurd can continue to improve and potentially end up a Pro Bowler himself in due time. Don’t call Murray the little man though as he did end up becoming the all-time leader in four different categories at Oklahoma before he turned pro.