After nine seasons with the program, top Big 12 coordinator has suddenly retired 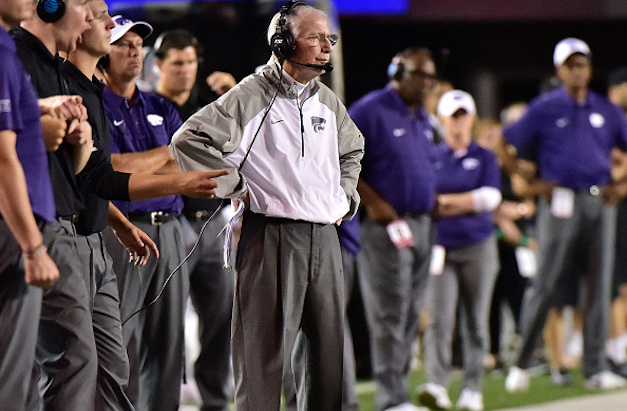 Tom Hayes had been with the Kansas State Wildcats for quite some time, but according to reports, Bill Snyder’s defensive coordinator has elected to step away from the team after multiple years with the program and over 40 as a coach.

The first report came from GoPowercat.com, which passed on the fact that Hayes was actually thinking about calling it quits sooner, but he stayed with the Wildcats for one more season.

Sources had earlier indicated that Hayes planned to retire following the 2017 season, but then changed his mind and opted to stay. He’s now decided it is indeed time to step away from coaching.

Hayes has a long history in the game of college football, stemming back to 1967 when he was a letterman defensive back for Iowa Hawkeyes, a college career that spanned from 1967 to 1971.

As far as coaching is concerned, Hayes retires with stops at Stanford, UCLA, Oklahoma and Kansas under his belt. He also had plenty of experience in the NFL, coaching defensive backs for the Washington Redskins for five seasons and operating in the same position for the New Orleans Saints for 2006 and 2007.