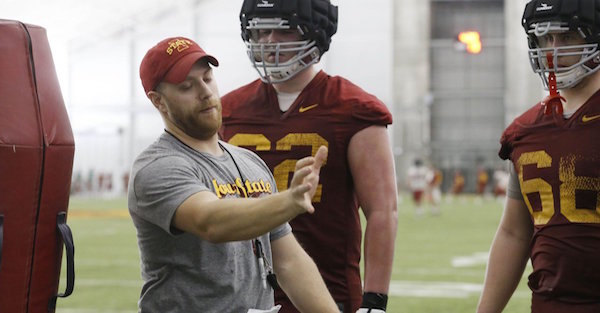 “I’m really happy and proud of him,” Campbell told the Des Moines Register.

Manning joined the Cyclones’ staff after serving as the offensive line coach at Toledo from 2011-15. Under the coordinator, Iowa State had its two most prolific passing offensive seasons in program history during the last two years.

Iowa State also committed its fewest turnovers in a season (10) and ranked No. 14 overall among FBS teams with 4.38 penalties per game.

Manning also managed to replace the Cyclones’ entire offensive line during his first season with the program, as well as the majority of o-linemen prior to the 2017 season.