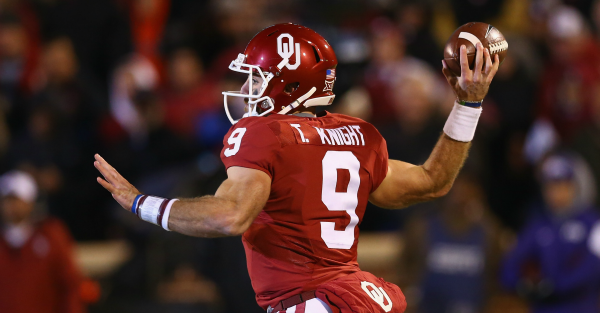 It didn’t take long for Texas A&M to become the frontrunner for Trevor Knight’s services after he decided he would transfer out of Oklahoma. However, it seems that two other SEC powers are in line to nab Knight away from the Aggies. According to SEC Country, both LSU and Auburn are also interested in Knight.

Here’s one last look at Knight in a Sooner jersey for those needing some nostalgia:

And now starts the race to bring in a quarterback at three schools that could desperately use one.