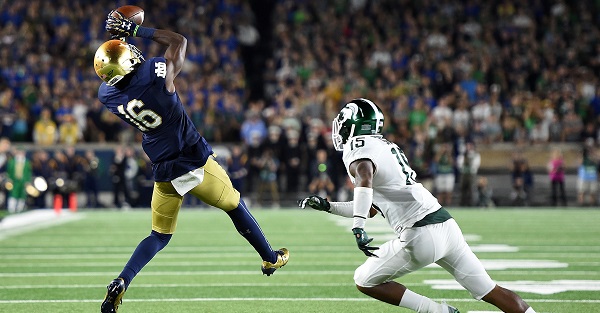 Mark Dantonio and the Michigan State Spartans suffered through a ghastly season in 2016 and it felt as if it could be rock bottom for the football program under his leadership. However, junior defensive back Tyson Smith had a problem that certainly would transcend on-field performance, as he took to Twitter to reveal that he suffered a stroke sometime last year.

I'm "supposed "to be in a wheelchair after that stroke last year doctors say I'm blessed to still be able to walk ,talk , and run! Fast fed pic.twitter.com/esjfYSdkfk

This is, of course, a jarring revelation. In an effort to shed more light, Kyle Austin of MLive.com reached out to both player and program but came away with little more.

“Smith didn’t reveal any further information about the timing or severity of the stroke, and didn’t immediately respond to a request for comment on Thursday morning.

Michigan State hasn’t addressed the issue beyond stating that Smith had an “undisclosed injury” that forced him to miss the final four games of the season. Prior to that, he appeared in eight games (four starts) and was an integral piece of the defense.

More information will almost certainly surface in the aftermath of news like this but it is wild to consider that a young student-athlete would be facing this kind of health issue.