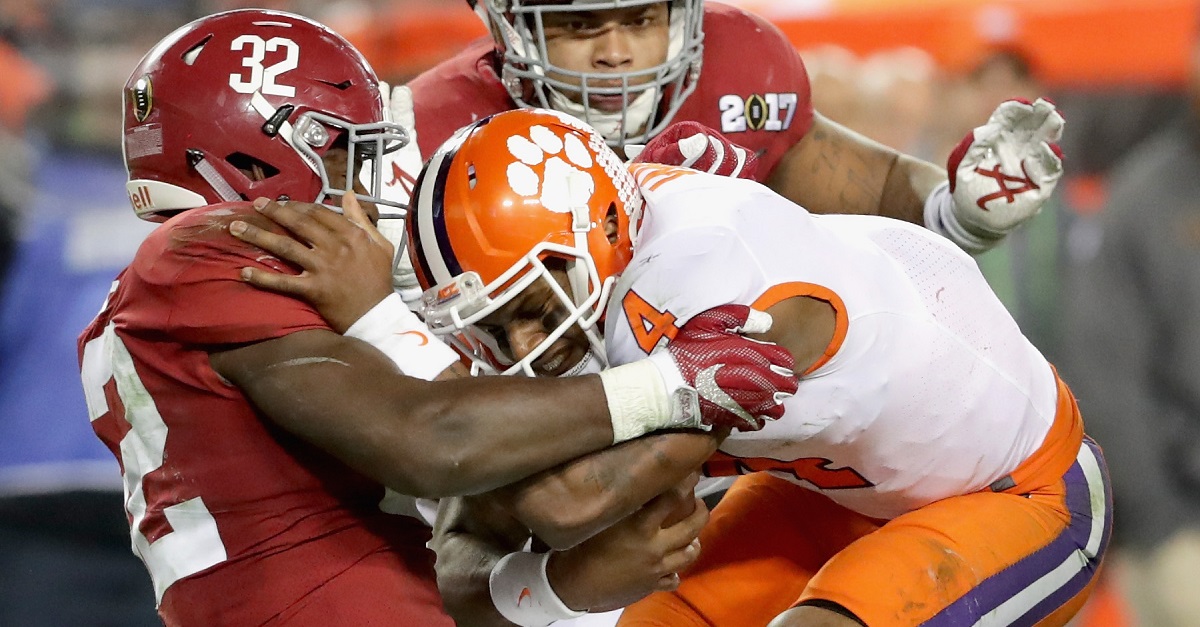 There are a couple good reasons why Nick Saban and Urban Meyer continue to have great teams year in and year out. A big part of that is definitely recruiting well and recruiting the best players rated as five-star prospects. So it should come as no surprise that those two programs have the most elite recruits heading into Wednesday’s National Signing Day, and it isn’t even close.

Alabama and Ohio State have more combined five-star commitments than the rest of the top-10 combined. #FSU leads that rest with 3.

Each has five 5-star recruits with the next eight schools in the top 10 raking nine total. It’s no coincidence those two schools have the most talent though as their head coaches have been able to evaluate and get those top talent kids to commit to them.

There are still a few uncommitted five-star recruits out there that could make those classes even better, but we will have to wait until Wednesday to find out if Alabama and Ohio State will still end up with the No. 1 and 2 classes in the country.

Here are the complete rankings from 247Sports.