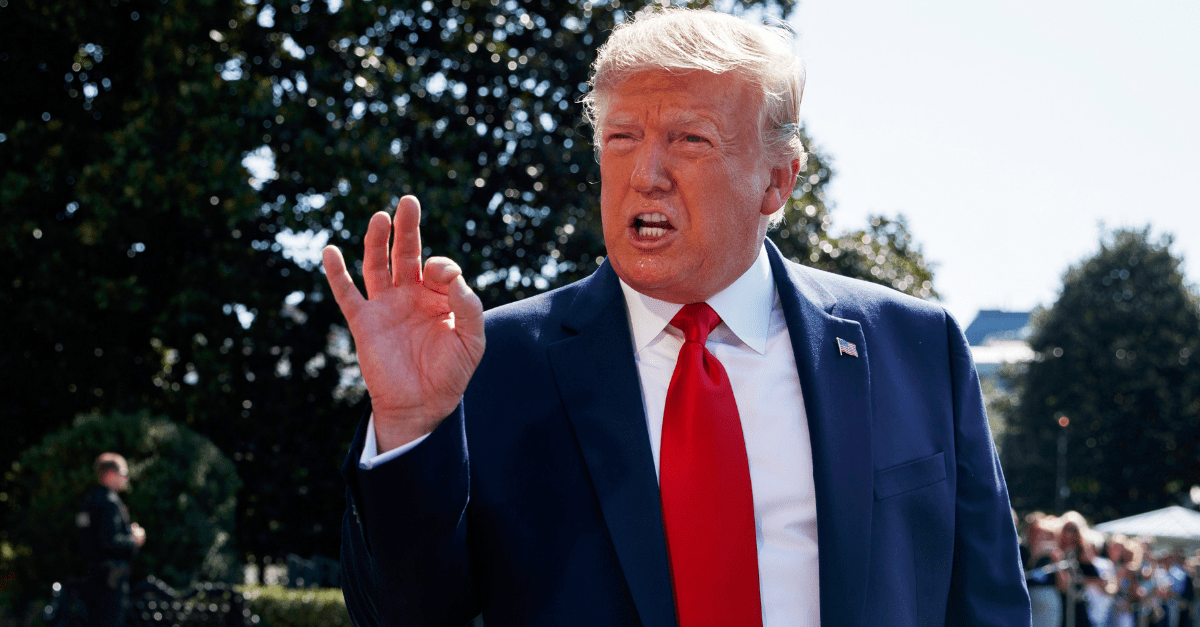 The Big Ten Conference, already in court and under pressure from players and parents over its decision to cancel fall football, is now hearing from President Donald Trump.

Trump tweeted Tuesday that he had spoken with Big Ten Commissioner Kevin Warren about reinstating the fall season.

?Had a very productive conversation with Kevin Warren, Commissioner of the Big Ten Conference, about immediately starting up Big Ten football,” the tweet said. “Would be good (great!) for everyone – Players, Fans, Country. On the one yard line!?

Had a very productive conversation with Kevin Warren, Commissioner of the Big Ten Conference, about immediately starting up Big Ten football. Would be good (great!) for everyone – Players, Fans, Country. On the one yard line!

The Big Ten, in a statement, said a White House representative reached out to Warren to set up a phone call with Trump. The statement said Warren and Trump had a ?productive conversation.?

?The Big Ten Conference and its Return To Competition Task Force, on behald of the Big Ten Council of Presidents and Chancellors (COP/C), are exhausting every resource to help student-athletes get back to playing the sports they love, at the appropriate time, in the safest and healthiest way possible,? the statement said.

The conference is filled with teams from battleground states that will prove critical in the upcoming election between Trump and Democrat Joe Biden.

The Big Ten announced Aug. 11 it would move its football season to the spring semester because of health risks associated with the pandemic. The Pac-12 followed suit, joining the Mid-American Conference and the Mountain West. Other leagues are playing shortened seasons.

RELATED: Kirk Herbstreit Explains Why 2020 Champ Will Have An Asterisk

Warren has been under pressure for three weeks as the outcry against the decision has grown louder. Last week, a group of Nebraska players filed a lawsuit seeking a reversal of the decision, and Gov. Pete Ricketts has been a vocal proponent of the Cornhuskers playing fall football.

?Before the Big Ten’s decision, we were already working with the university and public health officials on plans to play football this fall,? said Ricketts, a Republican. ?We would love for the Big Ten to give schools the flexibility to make decisions that are right for them.?

The Associated Press and other outlets reported last week that Big Ten officials are working on multiple plans for staging a football season ? including one that would have the league kicking off during the Thanksgiving weekend. Soon after, Trump brought up the state of college football.

?No, I want Big Ten, and all other football, back – NOW,? Trump tweeted then. ?The Dems don?t want football back, for political reasons, but are trying to blame me and the Republicans. Another LIE, but this is what we are up against! ?

Trump downplayed the seriousness of COVID-19 for college-aged football players.

?These are big, strong guys. They?ll be just fine,? Trump said Friday. ?Big Ten. Get with it. Open up your season, Big Ten.?

Trump claims the "biggest headwind" preventing Big Ten football from happening this fall is "Democrats" — not the coronavirus pandemic pic.twitter.com/R5z0H9AbiX

Trump, before boarding Air Force One on Tuesday, again framed the debate over player and fan safety as a political one. He said ?the biggest headwind we have is that you have Democrats who don?t want to see it happen.?

Trump said he spoke with Warren and ?we had a very good conversation, very productive, and maybe we?ll be very nicely surprised.?