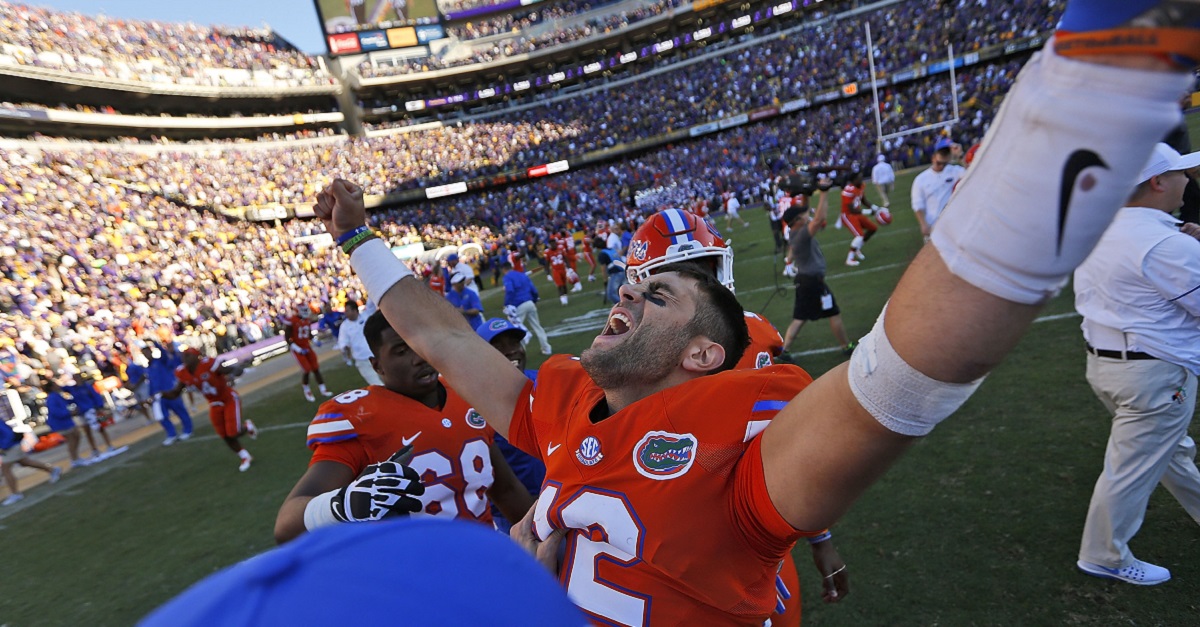 Apparently the AP voters were extraordinarily impressed with Florida’s win over LSU.

The Gators jumped a massive eight spots with the Sunday release of the new poll, as they are now No. 13 after being No. 21 in the poll the prior week. The Gators clinched the SEC East title with the 16-10 win in Baton Rouge, and they now have a date with Alabama looming in the Georgia Dome in two weeks.

The other big winner in the poll? Houston, who went from unranked to No. 17 in the nation after their 36-10 win over previous No. 3 team Louisville. The Cardinals dropped all the way from No. 3 to No. 11.