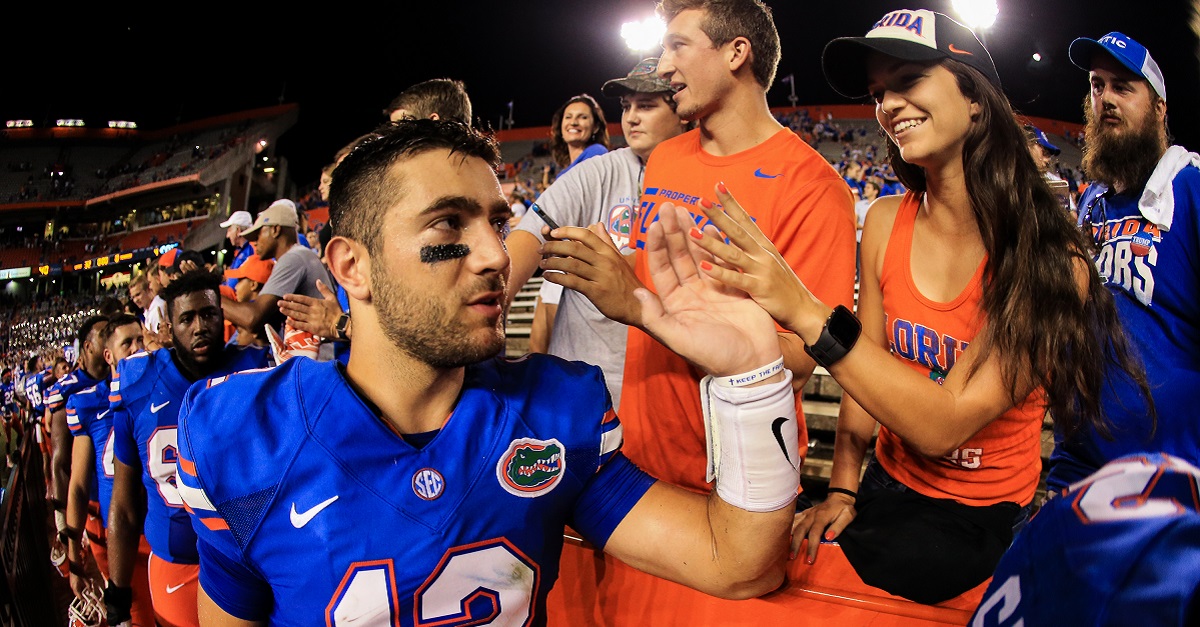 Purdue has been referred to as the “Cradle of Quarterbacks” because of the pros it produces like Bob Griese, Len Dawson, Curtis Painter and most notably Drew Brees. However, it’s become the cradle of QBs for other schools as of late with Danny Etling transferring out to play for LSU and Austin Appleby graduate transferring to play at Florida.

Appleby will get his first start this weekend against Tennessee and it comes courtesy of a low blow to starter Luke Del Rio in the North Texas game. Del Rio has an MCL sprain and will miss a few weeks at the least. Coach Jim McElwain showed a lot of love for Del Rio as he went after the UNT sideline after the hit and that seemed to resonate with Appleby.

The "truly care" quote by #Gators QB Austin Appleby is getting quite a reaction, so here's his full answer for the sake of clarity. pic.twitter.com/maothsgwuB

That’s a pretty damning statement about the current staff and head coach Darrell Hazell. Hammer and Rails has said that there have been conversations about how the coach isn’t into building relationships with players and this public statement seems to confirm that. It’s nice to know that Appleby likes his new coaches though and that should help him in the next few weeks as the Gators try to beat Tennessee, Vanderbilt, LSU and Missouri.