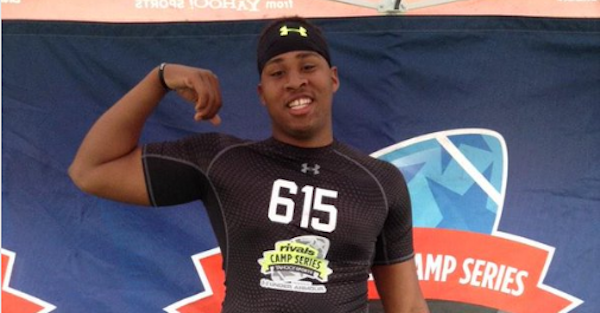 Four-star offensive lineman Kai-Leon Herbert has had a long recruitment process and dropped his top six list back in May. The 6’5″, 284 pound lineman certainly had his choices with the likes of Auburn, Tennessee, Georgia and LSU extending offers his way. However, he’s got one SEC, ACC and a Big Ten school in his final three group.

According to 247sports.com, Herbert is the No. 22 offensive tackle in the class of 2017 and the No. 31 prospect in the state of Florida.

Herbert was believed to be a Florida lean, but 247Sports’ crystal ball has him as a heavy Michigan lean right now.