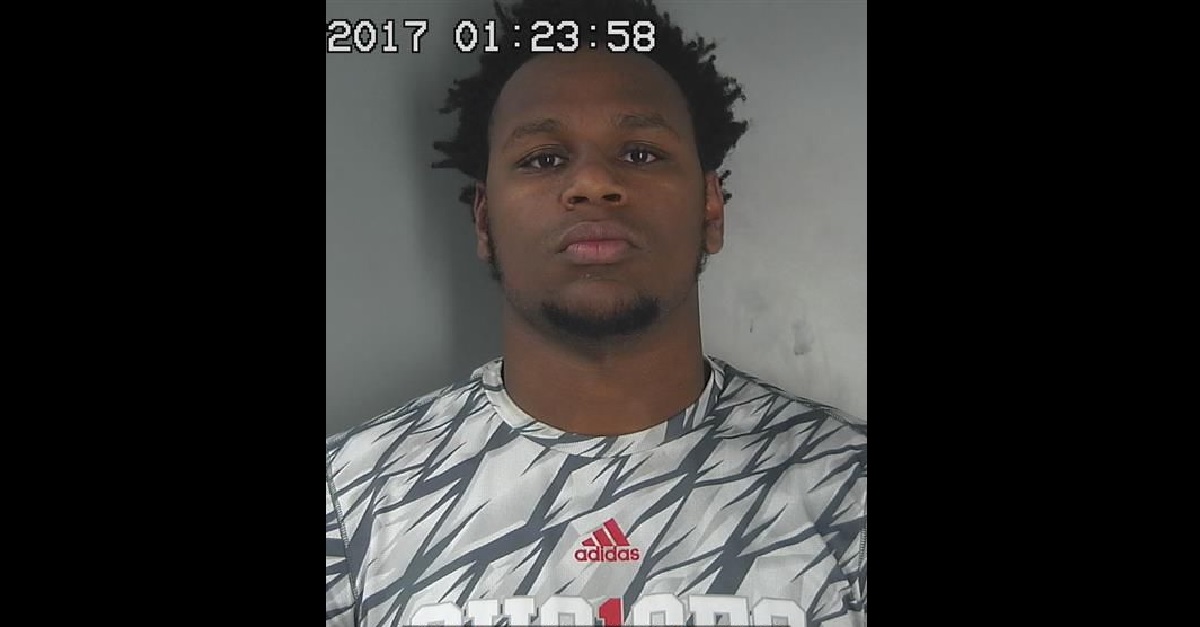 Back in September, former Tennessee commit and Indiana wide receiver Camion Patrick was charged with criminal homicide in connection with the death of an 18-year-old.

According to the Indy Star, Patrick has now had that charge dismissed, with the Maryville Daily Times reporting that prosecutors failed to show probable cause connecting Patrick to the crime. However, charges proceeded on three other men, including Patrick’s brother Isaiah Wright. Wright is a former star with East Mississippi C.C., also known as “Last Chance U” thanks the Netflix documentary on the school.

Per the Knoxville News-Sentinel, 18-year-old Caleb Radford died after being found stabbed multiple times on July 25 in Alcoa, Tennessee. Four men, including Patrick and Wright, were initially charged with felony criminal homicide in the death.

Patrick is a one-time Tennessee commit, having instead gone to East Mississippi C.C. before eventually heading to Indiana. Last year, Patrick scored two touchdowns with the Hoosiers before opting to retire due to injury issues.