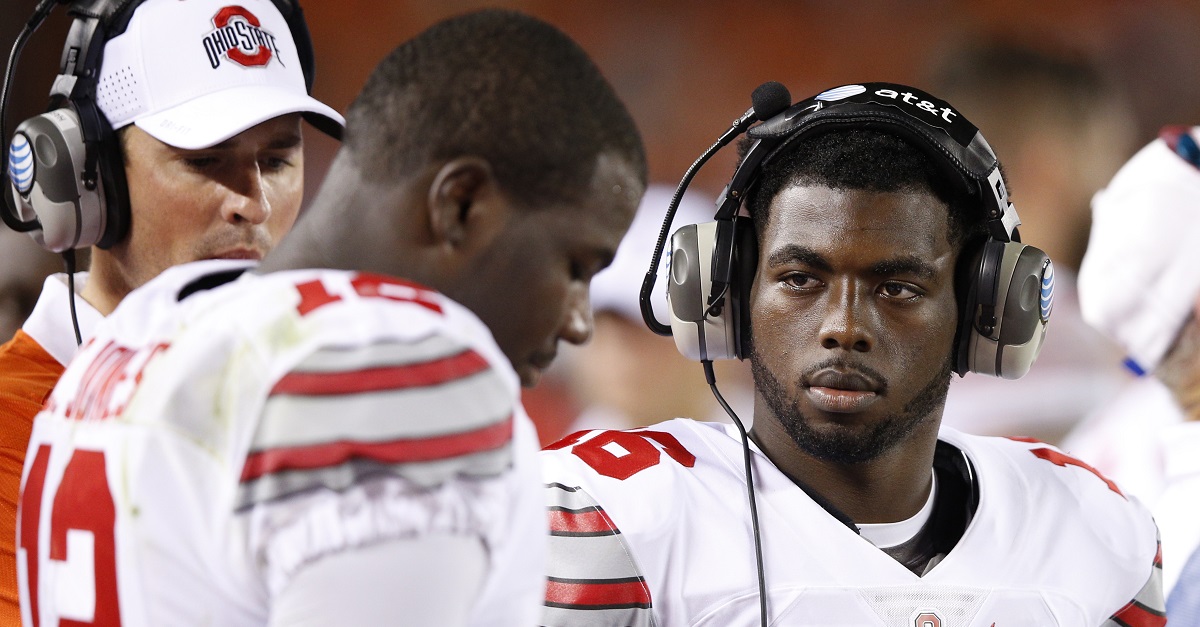 Joe Robbins/Getty Images
BLACKSBURG, VA - SEPTEMBER 7: J.T. Barrett #16 of the Ohio State Buckeyes talks to Cardale Jones #12 after he threw an interception in the second quarter against the Virginia Tech Hokies at Lane Stadium on September 7, 2015 in Blacksburg, Virginia. (Photo by Joe Robbins/Getty Images)

There were plenty of Ohio State fans who did not like the play calling or really just the play from the Buckeyes against Clemson in the Fiesta Bowl. There were many mistakes made including a fumble and two interceptions, but the worst part of it all was that Ohio State didn’t score a single point.

That brought out the boo birds and the Twitter trolls including former standout quarterback Cardale Jones. He initially got upset when Ohio State’s kicker missed both of his make-able kicks.

Come here, let me talk to you kicker boy, tf you doing

And then came the knocks on the play calling:

They need to go in the locker room, turn on the PS4, pop in Madden 17 & hit 🔲 every play since this play calling has went MIA!!

And then he came to the defense of J.T. Barrett who was just not having a great night. He only had 127 yards and the two picks for the game. And of course, while he did that he also trashed the coaching staff as he has enjoyed doing before.

Stop all these "JT trash" tweets, when I started last season & we struggled, it was "Cardale trash we want JT"it ain't the QB👀☕️🐸