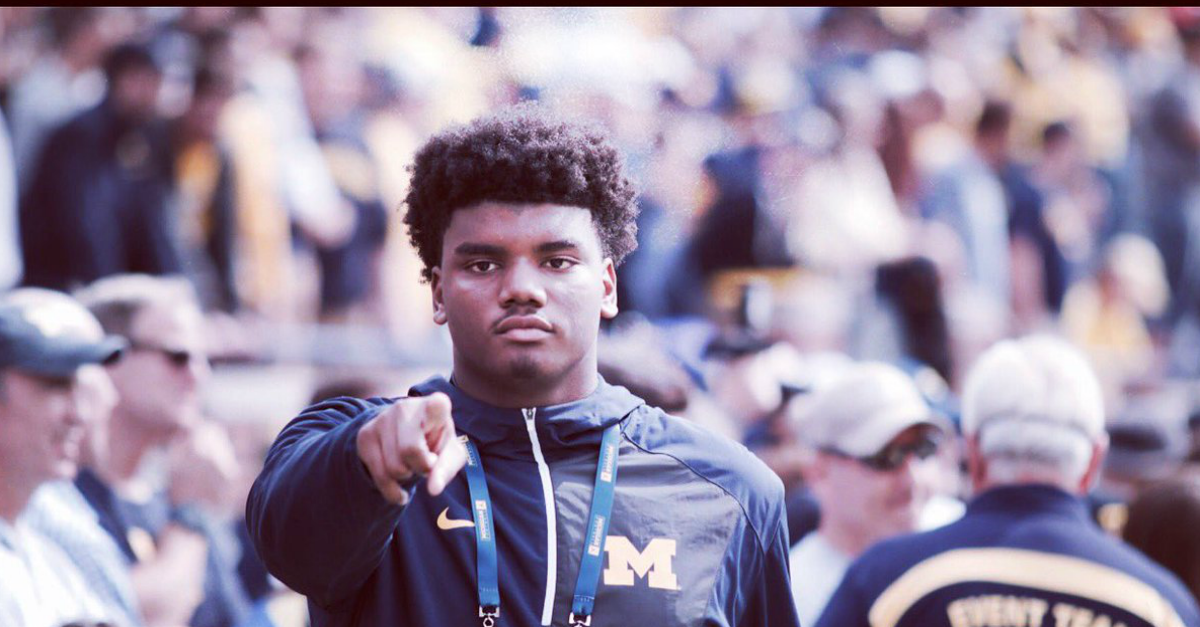 Ja’Raymond Hall was a four-star prospect in the 2017 recruiting class who decided to play for the Michigan Wolverines coming out of high school. However, after participating in spring practice but seeing no time as a freshman, he announced his intentions to transfer out of the program back in November.

With a new year upon us, the offensive lineman’s intentions are now known, as Central Michigan announced that Hall has committed to the program.

NCAA transfer bylaws dictate that he must sit next season, but that Hall will have three years of eligibility left beginning at the start of the 2019 voyage.

“We got to know Ja’Raymond well when we recruited him as a high school student,” CMU coach John Bonamego said, via CFT. “When he reached out, we were interested because he will fit in well in our locker room and as a student-athlete on the CMU campus.”

The former Oak Park (Mich.) standout made his way to Ann Arbor as an early enrollee last January. At the time of his transfer, it was being reported that Iowa State and Arizona were two possible landing spots for the offensive lineman.

A 6-foot-5, 285-pound talent, Hall was recruited by Central Michigan when he was in high school.