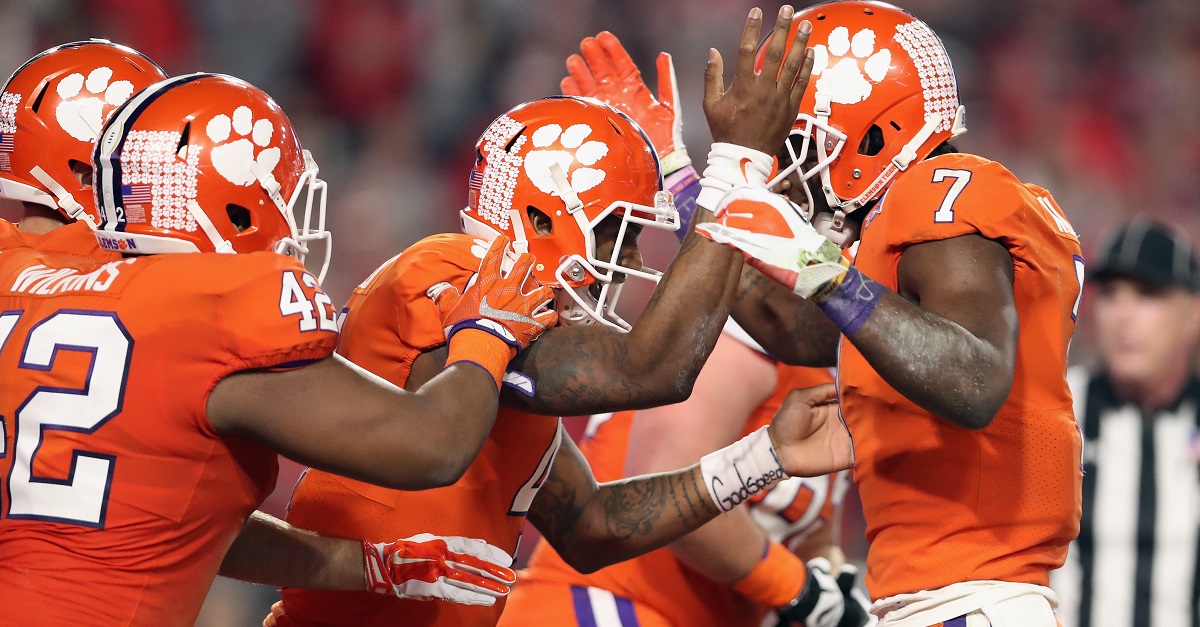 Clemson defensive lineman Christian Wilkins has been known to make some plays on the field. He might have taken that too far in the Fiesta Bowl against Ohio State though when he “groped” Buckeye running back Curtus Samuel.

RELATED: One Clemson player got a little handsy while tackling Curtis Samuel

He clearly grabbed Samuel in the “man region” at the end of a play, which was not only disgusting, but totally uncalled for. He did apologize for it though and said he made up with Samuel as well.

That’s a much better look for the big man and he’s certainly hoping people can put it behind them and focus on the national title game that is a rematch of last year’s title game.