College sports culture is toxic, NCAA needs to evolve or be shuttered 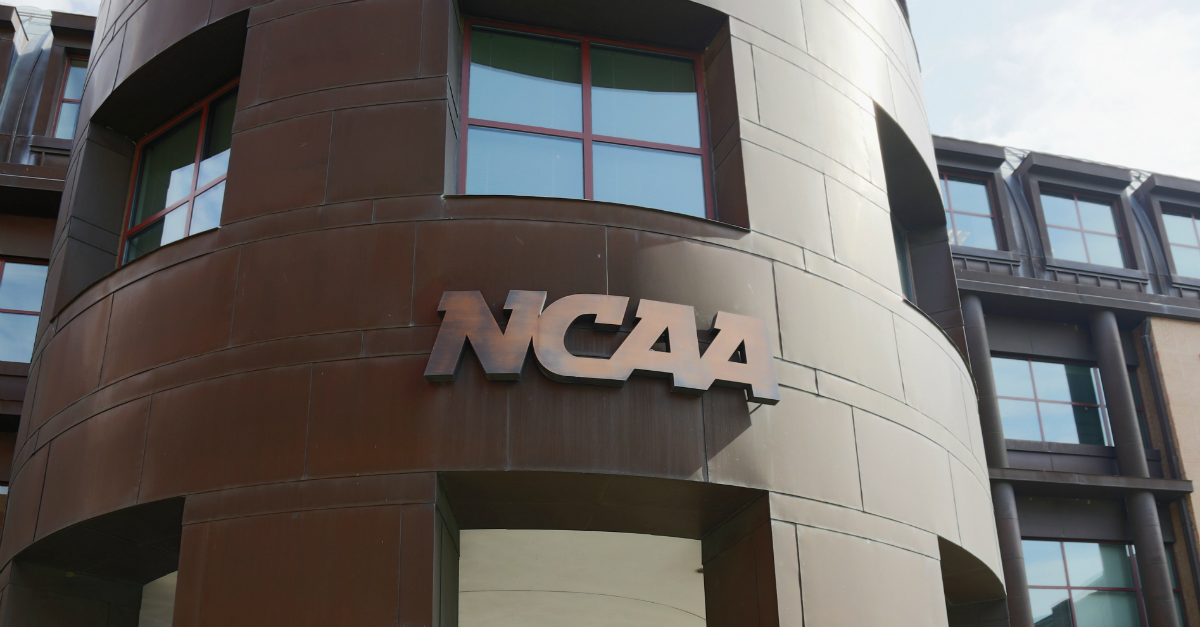 Joe Robbins/Getty Images
INDIANAPOLIS, IN - JULY 23: The entrance to the NCAA's headquarters is seen following an announcement of sanctions against Penn State University's football program on July 23, 2012 in Indianapolis, Indiana. The sanctions are a result of a report that the university concealed allegations of child sexual abuse made against former defensive coordinator Jerry Sandusky, who was found guilty on 45 of 48 counts related to sexual abuse of boys over a 15-year period. (Photo by Joe Robbins/Getty Images)

The culture of college sports has long been pernicious. With a new, unseemly level of toxic behavior being shoved in the public’s face, there’s no reason to discount any good faith into the system.

What has already happened at places like Baylor and Penn State should have been enough. At least enough to force dynamic change. It wasn’t, as we are years removed from each, with the same “debates” being had now that a scandal has broken out on the Michigan State cmpus.

They are important debates, too. Ones above the sort regularly had about paying players or discussions concerning free movement for student-athletes. The current conversations are about the well-being of people being purposely ignored for the sake of sports — and the money those sports brought in to universities.

In light of the still developing Michigan State scandal, in which ESPN reports yet another blind eye was turned toward the welfare of children, it is time for the excuses to end. This isn’t about ideas, or conjecture or idealism. It is — or, at least should be — about what is right.

Not justice or punishment. Simply, as a species, doing the right thing no matter the cost. Protecting those, the children, who can’t otherwise protect themselves.

In its current form, the NCAA should avoid using a hammer to wield its form of misguided justice, as it has already failed in its handling of both the Baylor and Penn State situations. No one wants that, even if many are bloodthirsty for punishment, which is too often disguised as justice, as most realize how inept the NCAA is.

The idea that the NCAA is ill-equipped to handle such heavy monstrosities is accurate. The governing body of college sports is fantastic at being heavy handed when a school or player is going five miles over the speed limit. When one is going hundreds, there appears to be zero people within the organization who know what to do.

That’s not because it can’t be, but because it prefers to have that benefit of ignorance firmly placed underneath it whenever one of these scandals crosses over from sports, entering the national conscious.

That has to change. Not because sports would be better for it, but since the current model functions so the prosperity of universities are put above everything else.

Outside agencies, from the legal world, should obviously have the strongest presence from a jurisdictional and legal standpoint whenever a Michigan State situation happens, but the NCAA should no longer get a free pass as the purposely unacquainted, incapable organization.

It being incapable isn’t an excuse for it not evolving to something that is.

As a people, we should still be shocked when we hear of an institution of higher learning allowing for inhumanity to take place on campus, but it doesn’t mean the governing body should also act as such. There’s simply too many of these barbaric practices on college campuses for the NCAA to fail in attempting to grow into a better equipped organization.

If your grass keeps growing, yet you never cut it, it isn’t your neighbor’s fault your yard looks like garbage. You don’t get a free pass. It is still your responsibility, no matter what resources you lack, to get the job done. Buy a lawnmower and get to work, or find someone who can take care of it for you. Either way, that grass will keep growing.

If ESPN can report its way into findings that expose Michigan State as a university of few morals, there’s no reason a company that makes $10.8 billion from its NCAA Tournament rights alone can’t figure out a way to operate in a similar fashion.

To expose horrific acts of humanity rather than react towards them. To be proactive, as opposed to playing the role as the simplistic underlings organization that swears it is literally around to help oversee its university members’ operations.

Evolve or die. Hire, train, consult, third-party representation, whatever, until there is reason for the NCAA to look at a situation like Michigan State, then be able to properly investigate and swiftly handle. To not protect the established, but to make sure they don’t abuse their power.

To do this before being forced to by journalism.

It is 2018. The NCAA is outdated as it is. Born to kick around a fictional ideal known as amateurism, which was originally invented to prevent a widow from receiving workman’s compensation, with people pretending its supposed noble concept of student-athletes is worth salvaging. Whatever. That’s not fine. But it isn’t something at the scale of children harmed for the sake of sports.

Seriously. Remove yourself from the sports fan bubble. Universities are putting {bleeping} sportsball at a higher priority than that of people being abused (because money and power). It is absurd we — and when I say we, I mean nearly everyone, from fans to coaches to the NCAA to the media — allow our caring for something so unimportant as sports to cloud our judgement when it comes to the literal safety of kids.

The counterpoint to any usage reform concerns jurisdiction and questions about the innocent people that might have their lives altered by a public craving widespread blood following instances of abuse.

That is fine. It is also still putting the powerful’s well-being over that of the victims — past, present, future, unknown, the not yet empowered.

Thing is, people don’t care about the actually innocent at a college embedded in scandal. They, and the NCAA, care about its own making it out of the scandal as unscathed as possible. To keep the status quo.

It’s time to stop pretending the NCAA is there to help, not when it has been around to mostly shield.

It is time for the questions to end, with more blunt demands made.

We shouldn’t be questioning the NCAA’s ability or jurisdiction whenever these — now too consistent in nature — abuses of power happen. We should be asking why it hasn’t attempted to grow into an entity structured to handle them.

It is time to not ask, but tell the NCAA to adapt or die. If it refuses, then maybe we hit an important juncture in time. To no longer allow it to function as it has, and scream for someone — or something — to step in to overthrow its rule over universities.

For Christ’s sake, we are talking about people being maliciously hurt by others, then few tangible things happening because of semantically forced justifications. It needs to stop. It wasn’t acceptable ever and it can’t be tolerable now, no matter the ways we attempt to conjure it being that way so entities we love (f-ing sportsball) are protected.

The NCAA has too much power in all the wrong places. There’s no reason for it being incapable to grow into something that can help in these instances, instead of willfully empowering the already too powerful.

It will never be able to prevent horrible people from doing awful things. It should, however, operate in ways that aren’t too similar to a deer when it sees headlights, then being given a pass for it.

Become capable, NCAA. Otherwise, what is the point of this entire charade? Asking billions of people to buy-in on your concepts, when skirting around the outsides of action when horrors are happening, is no longer acceptable.