Court documents allege Sandusky’s abuse goes back over even further, and that’s not the worst part 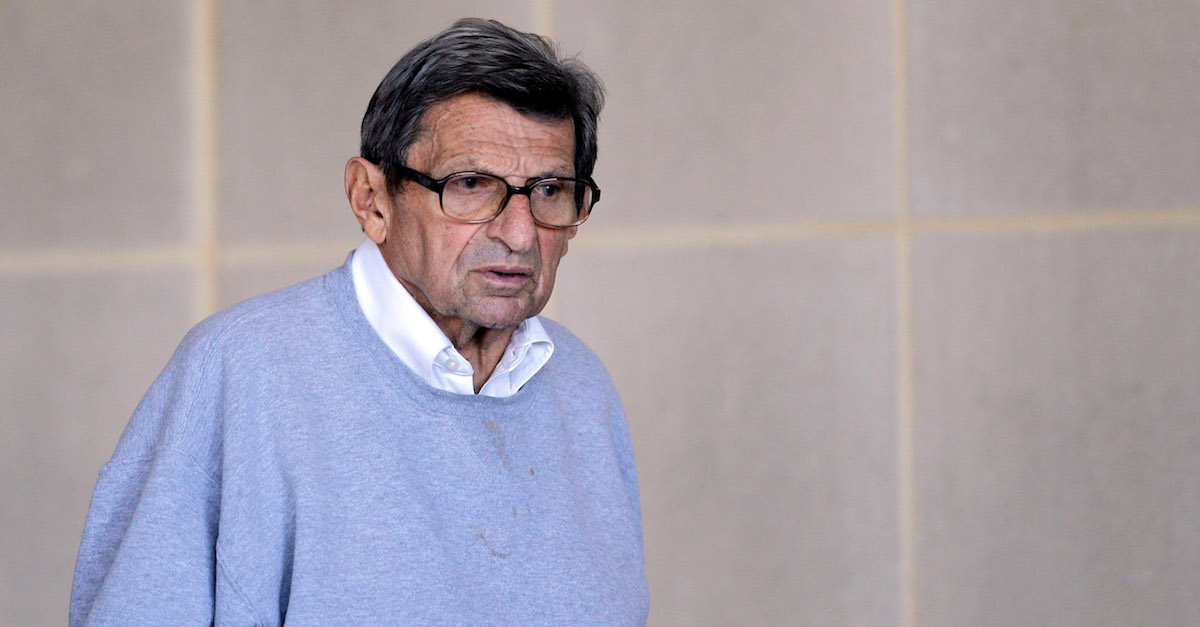 According to an unsealed report stemming from the Jerry Sandusky sexual abuse investigation at Penn State, six different allegations were either witnessed or reported to university officials as early as 1976.

The documents being released are part of a battle in the courts where Penn State is trying to get back millions of dollars paid out in settlements to Sandusky’s victims by its insurance provider. Those documents were unsealed by a judge on Tuesday morning and in compiling his report, risk-management exper Raymond Williams has found four previously rumored cases.

One of those cases took place in 1976 where an alleged victim reportedly directly a complaint to Paterno.

The victim’s 2014 court testimony provides more details on the 1976 allegation, where he says Sandusky “touched him as he showered,” per Deadspin:

“Sandusky?s finger penetrated the boy?s rectum, the man testified in court in 2014, and the victim asked to speak with Paterno about it.

?Is it accurate that Coach Paterno quickly said to you, ?I don?t want to hear about any of that kind of stuff, I have a football season to worry about??? the man?s lawyer asked him in 2014.

?Specifically. Yes . . . I was shocked, disappointed, offended. I was insulted. . . I said, is that all you?re going to do? You?re not going to do anything else??

The allegations revealed today come from testimony and evidence provided in PSU?s settlements with the alleged victims. Williams was able to view documents concerning those settlements since he was a part of the settlement cases, but those actual documents remain sealed to the public.