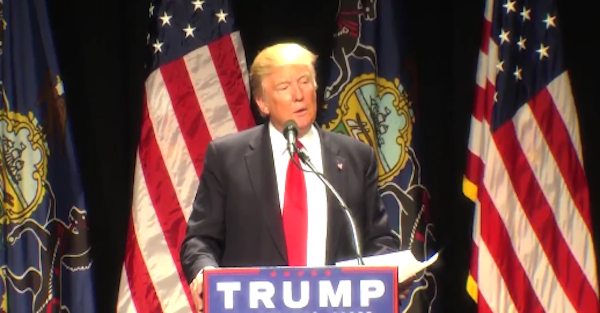 Donald Trump already has issues winning people over and it looks like he just lost the city of Pittsburgh. He asked one of the dumbest questions in Penn State history. Legendary Nittany Lions coach Joe Paterno passed away in 2012, but it doesn’t sound like Trump got the memo.

In case you couldn’t quite hear what he said it was not good. Trumps said, “How’s Joe Paterno? We gonna bring that back? How about that whole deal?”

The only proper reaction was probably to have none. That must have been an awkward rest of Trump’s speech though. Yikes.