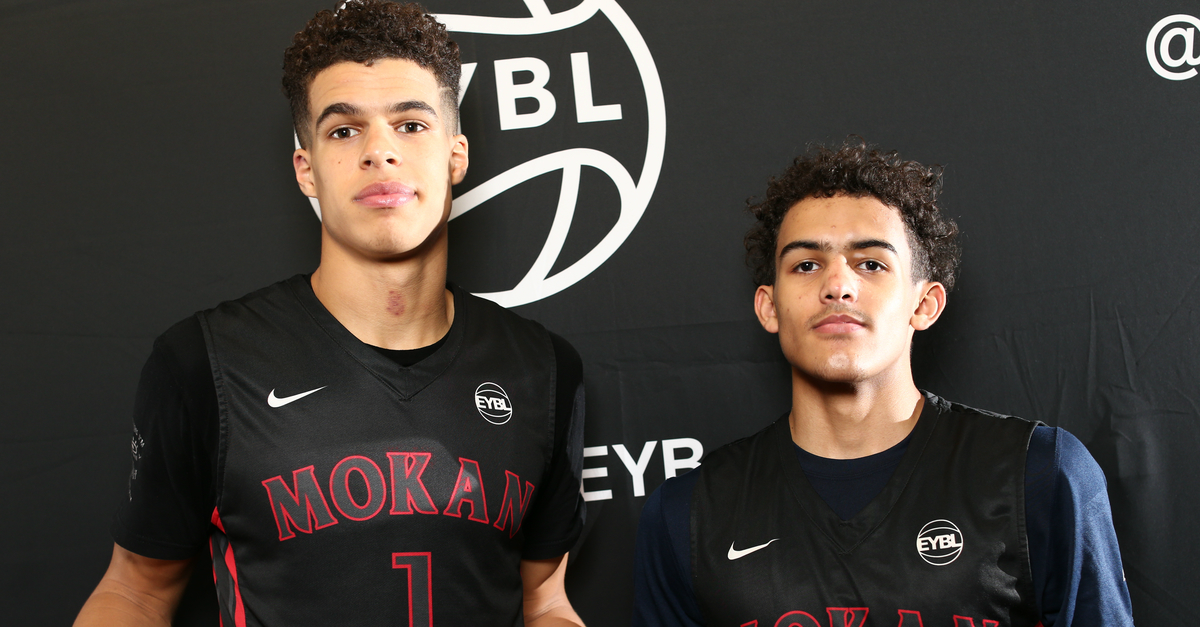 Michael Porter Jr. and Trae Young are both five-star players in ESPN’s latest recruiting rankings and both really want to keep playing with each other at the next level. The two are coming off strong performances in the Nike Elite Youth Basketball League that features four sessions with the last one finishing up over Memorial Day Weekend in Atlanta.

Porter Jr. is the top small forward in the class of 2017 and to pair up with his good friend and point guard in Young would be a dream come true for him. He talked about a little bit about why they work so well together and what he would like to see happen with the two of them.

“I think we definitely make each other look better. I’d love to go to the league together. I think that we complement each other really well on the court.”

The two are playing on MOKAN Elite out of Kansas and are averaging 44.1 points per game together over the course of the four EYBL sessions. Young also said that Porter’s top five are recruiting him knowing that the two very much want to become a package deal.

“The schools that are on his list are also recruiting me,” Young said. “Missouri, Virginia are two schools that I’ll be looking. Oklahoma as well.”

Whichever program ends up with these two players is going to get some productive guys as well as a proven scorer in Porter and floor general in Young.