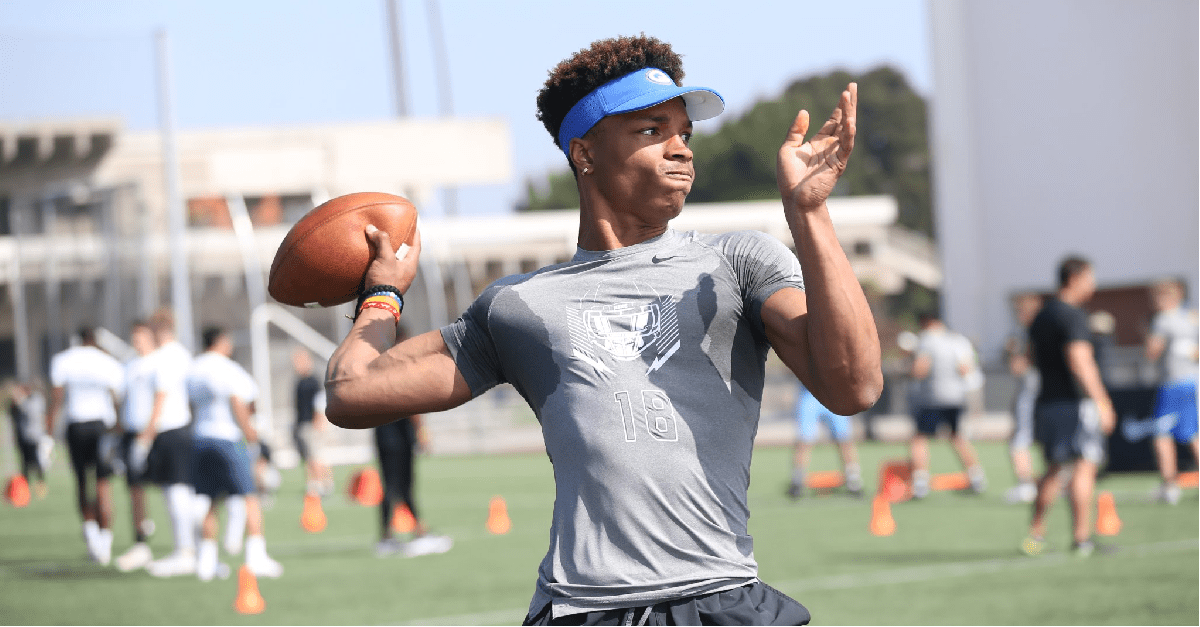 Dorian Thompson-Robinson has been one of the most coveted recruits in the country thanks to his dual threat ability as a quarterback. The decision had been down to Michigan and UCLA for Thompson-Robinson and according to Scout, he has chosen to stay out west with the Bruins.

The Bishop Gorman (Las Vegas, Nevada) standout is ranked as the No. 3 dual-threat QB in the class of 2018 by 247Sports and was backing up Ohio State signee Tate Martell for most of his career. However, the 6’1″, 200-pound QB showed enough on film in his limited time and at camps to impress scouts and college programs as he ended up with almost 30 offers.

He had also received offers from Alabama, Arizona, Florida State, Georgia, Florida and LSU among many others.