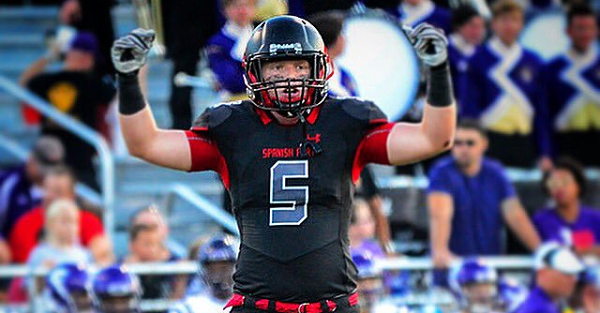 Thomas Johnston had quite a few high major offers from schools like Auburn, Arkansas, Iowa and LSU, but he chose to commit to a very unlikely school. The four-star inside linebacker, as ranked by Scout, decided to stay close to his home of Spanish Fort, Ala. However, it wasn’t either of the major SEC powers in the state:

The 6’2″, 220-pound is ranked as the No. 5 inside linebacker by Scout and still chose the Blazers despite having two recruiters on him from schools like Auburn, LSU and Arkansas. He was also being pursued by Marion Hobby of Clemson, but that relationship likely ended when Hobby took an NFL job.