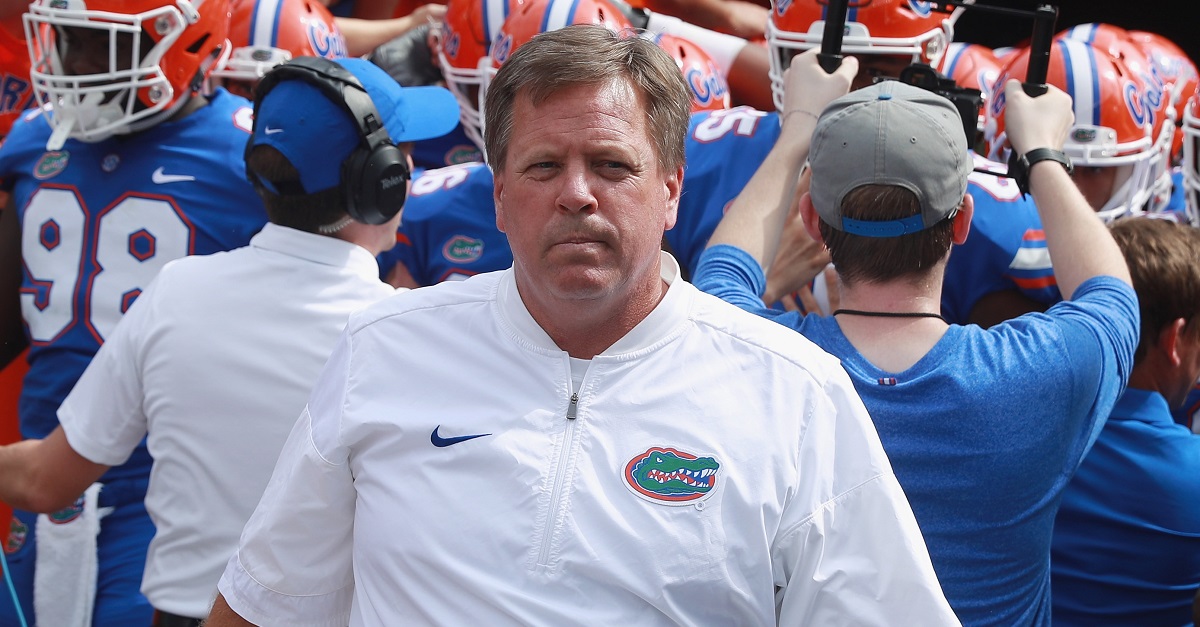 Former Florida coach Jim McElwain reportedly interviewed for a coaching job at Michigan earlier this week, as originally reported by the Wolverine Lounge and later confirmed by mlive.com and 247Sports.com.

McElwain also served as the head coach at Colorado State for three seasons, following a tenure as Alabama’s offensive coordinator.

According to 247, former LSU offensive coordinator Cam Cameron was also interviewed for a position with the Wolverines this week. Cameron had previously worked as a graduate assistant under legendary Michigan coach Bo Schembechler in 1984-85 before being promoted to wide receivers and quarterbacks coach in 1986-93. His additional Big Ten experience includes serving as the head coach at Indiana for five seasons (1997-2001).

Michigan is attempting to replace staffer Dan Enos, who was hired in early January but decided instead to accept the associate head coach and quarterbacks coach positions at Alabama within the same month.