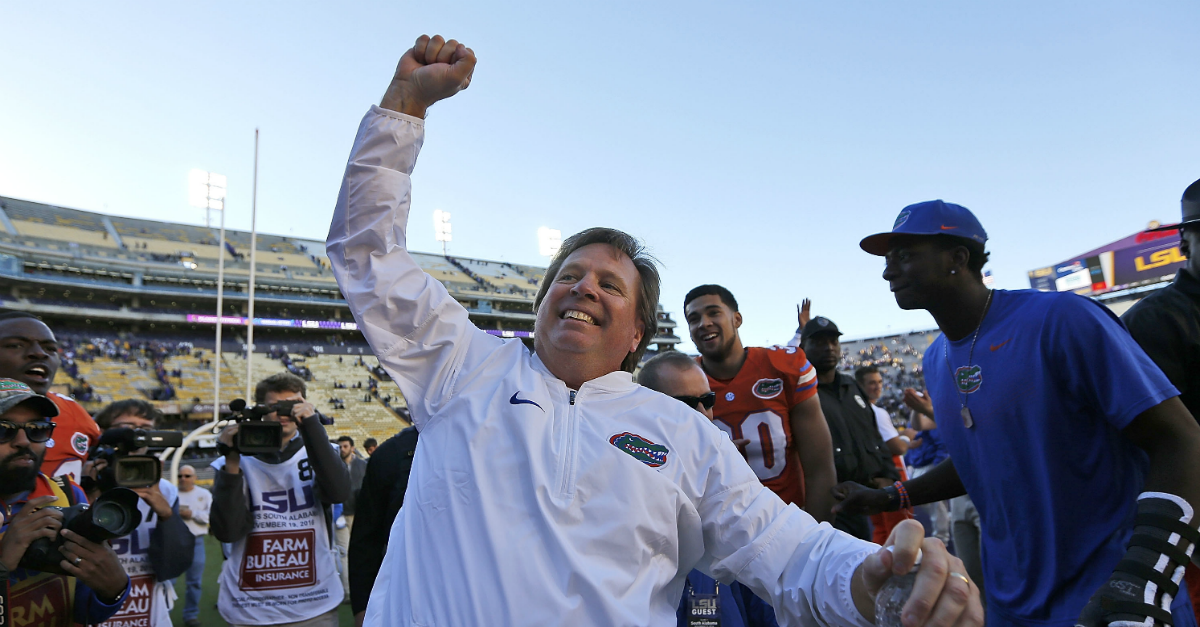 Former Florida Gators head coach Jim McElwain has joined the Michigan Wolverines as an offensive assistant. This ends a cycle of reports, lasting roughly two weeks, that continued to state that he would be joining Jim Harbaugh’s staff in some form.

“I’m excited to get back into it and am looking forward to going there and learning and helping Michigan get better,” McElwain told ESPN.

Both FootballScoop and 247Sports claimed the coach would be joining the Michigan staff. During the time of the reports, neither outlets specified what role he would be taking.

Last week, McElwain reportedly interviewed with Michigan, as originally reported by the Wolverine Lounge and later confirmed by mlive.com and 247Sports.com.

McElwain has a rather large background in helping programs’ offensive systems. He was the offensive coordinator  at Colorado State from 2008-2011. He’s also had stops at Montana State, Eastern Washington, Louisville, Michigan State, Fresno State and the NFL’s Oakland Raiders in some sort of offensive coaching capacity.

That was all, obviously, prior to his stint has the head coach of the Florida Gators.