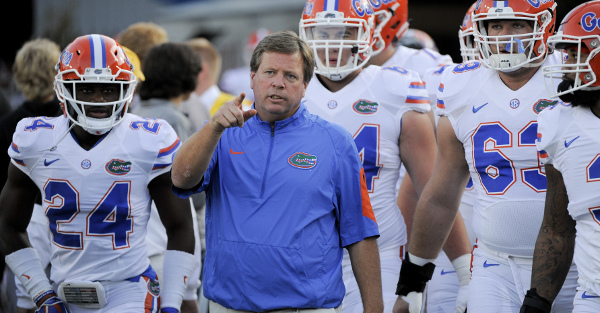 Florida fans have been disappointed in the quarterback play this year and that might be an understatement. The Gators averaged only about 215 passing yards a game, which was 84th in the country. Some of that was due to injury while a good chunk of it was due to poor decision-making at the position.

With many fans wanting coach Jim McElwain to start someone else for the bowl game, the coach stuck to his guns and said that there can only be one guy who starts the game.

“Obviously there are some throws that he’d like back, but at the same time this late in the year he deserves it. You know what, I’m excited for him to go play in this game, another opportunity for him to go help this team win.”

I’m not sure that’s the wording McElwain should have gone with as he really should have just said that Appleby is getting the start because it’s his last collegiate game he will ever play. Luke Del Rio or one of the two freshmen available probably “deserve” the start, but that won’t be the case. While I agree with not burning a redshirt for one game — that is not worth a whole lot by the way — I do not agree with Appleby getting the start as it should probably serve a springboard for Del Rioi into next season.